Now that the BMW 4 Series Convertible is here, it takes on the topless versions of all of the same cars the 4 Series Coupe competes with. One of which is the Audi A5 Cabriolet, one of the better looking convertibles in the segment. Can the new 4 Series ‘Vert take on the drop-top from its Bavarian neighbor?

We recently did a photo comparison of the BMW 4 Series Coupe and the Audi A5 Coupe, giving the nod to the A5 because it’s a better looking car. However, with the convertible models, the 4 Series’ funkiness might actually give it the edge. 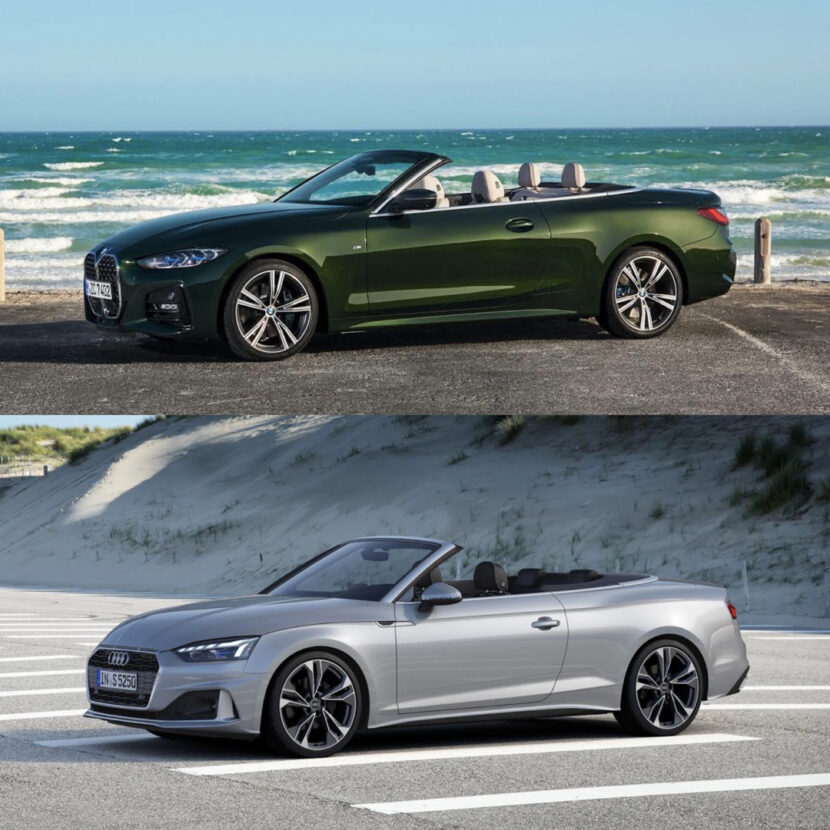 Up front, I don’t think there’s a question, the Audi A5 Cabrio is still the better looking car. That new grille design of the 4 Series Convertible is just not good enough to compete in the segment. Having said that, the headlights of the 4 Series do look really good.

Where the 4 Series Convertible starts to creep up past the A5 Cabrio is in its profile. There’s an elegant smoothness to it that really looks nice, giving it a mini-GT car look. While the shoulder line of the A5 is still stunning, without the fixed roof of the A5 Coupe, it doesn’t have as much of an affect. With the roofs up, this notion is amplified. The 4 Series’ more rounded roof is far more elegant and premium looking than the boxier one of the A5. I get that the A5 Cabrio’s roof tries to emulate the look of the Coupe’s roofline but it doesn’t quite work. 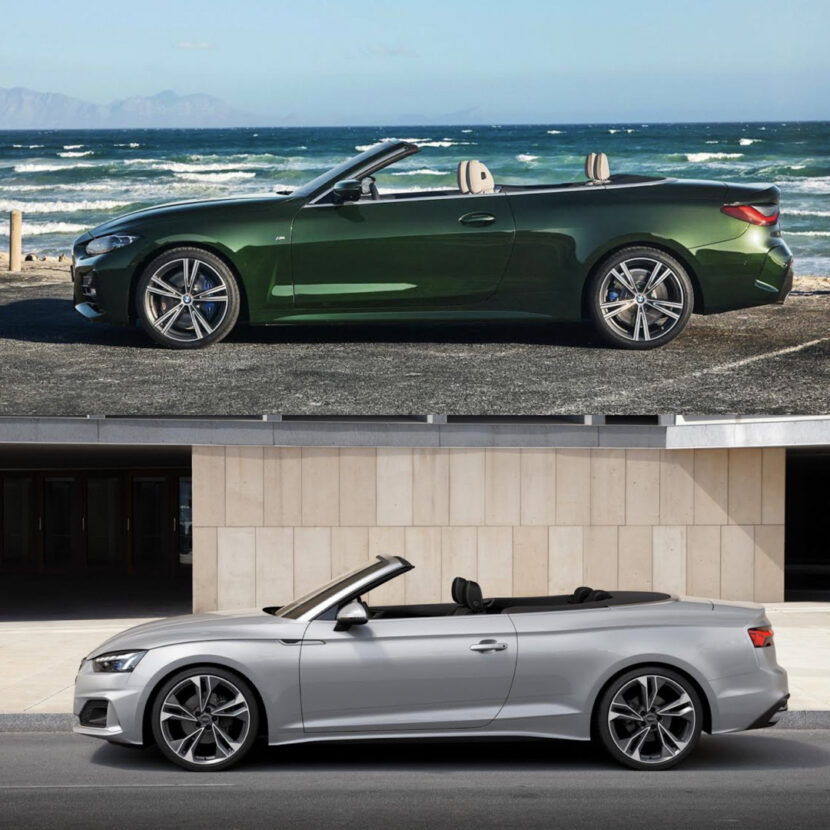 Out back, again there’s nothing wrong with the A5 Cabrio per se, it’s just a bit boring and safe. While the 4 Series Convertible doesn’t have the best looking rump, either, funky taillights and more exaggerated built-in spoiler give it a bit more drama. 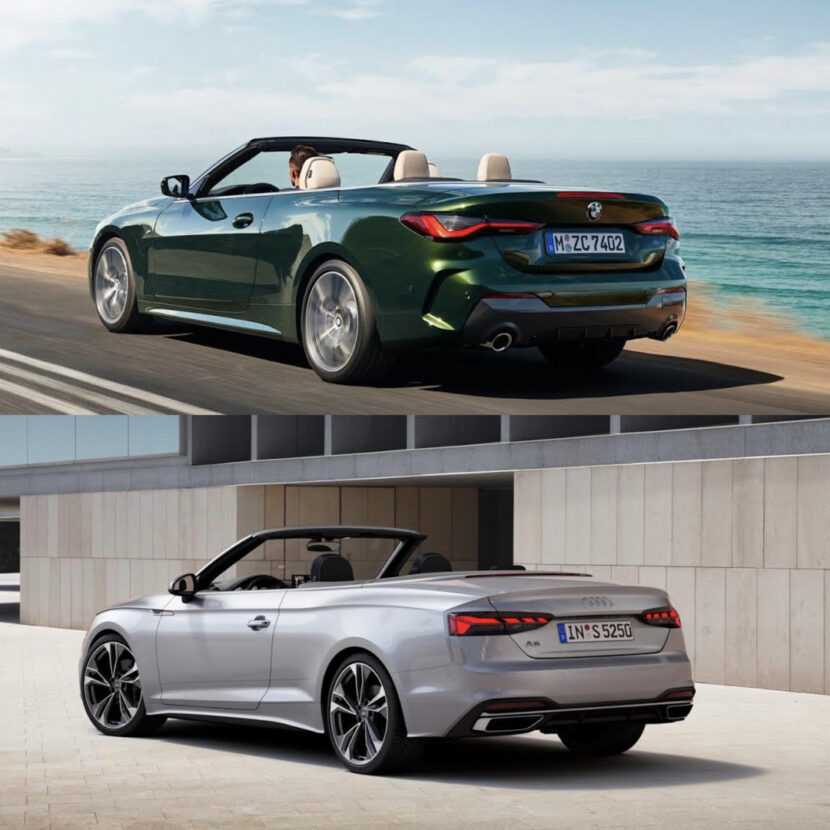 Inside the cars, I still think the Audi A5 has the better looking cabin. It’s more modern, simpler and comes with a far superior digital driver’s display. The 4 Series is nice on the inside but it’s a bit staid and its digital dials are just too confusing and fussy looking. 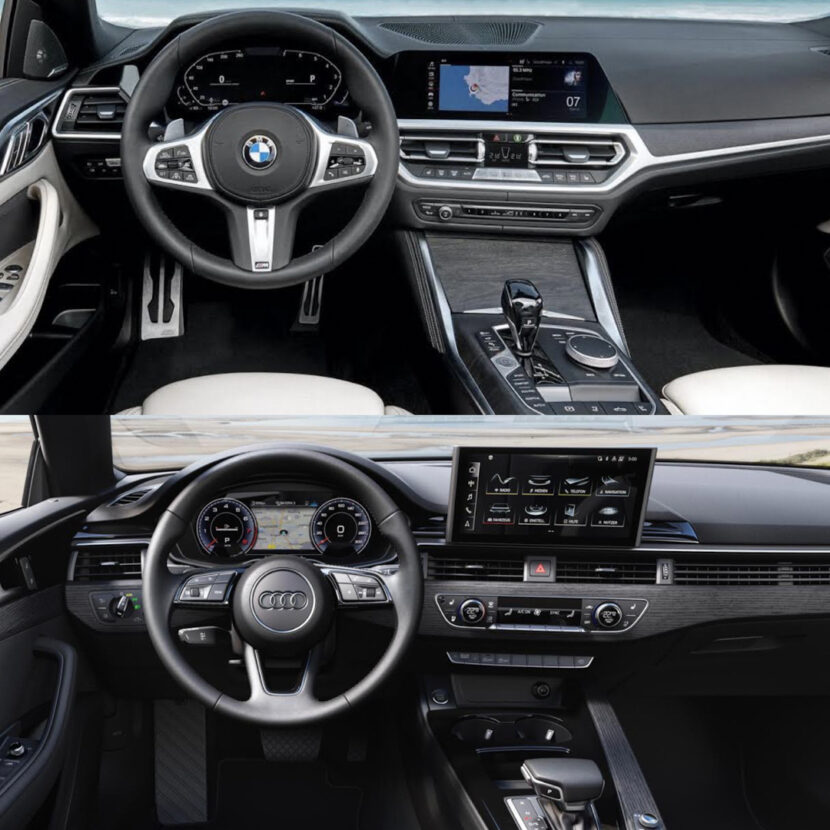 Overall, though, I think if you’re looking for a convertible in this segment and want something stylish, the BMW 4 Series Convertible is probably your best bet. I know, it’s a controversial look and I don’t really like it, either. But buying a convertible is often about style and style doesn’t always make sense.