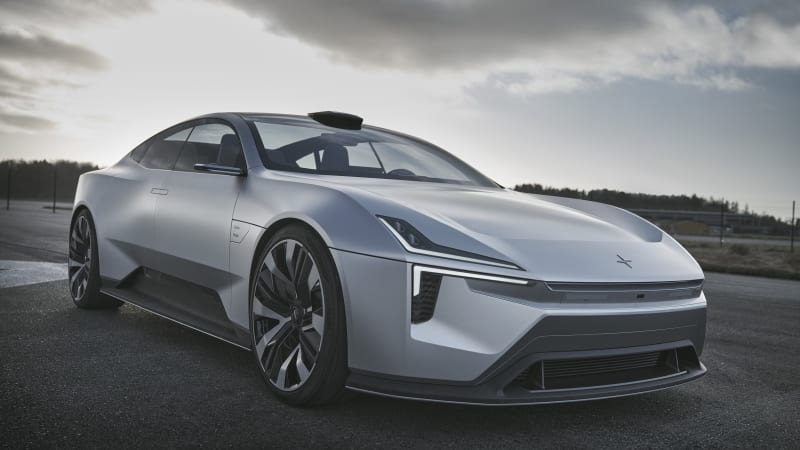 Polestar told Autoblog it created the 2020 Precept concept to usher in the design language that will characterize every addition to its range in the coming years, including a crossover. It won’t remain merely a one-off symbol, though. In September 2020, Polestar announced the Precept is already on its way to series production.

Speaking at the biennial Beijing Auto Show, which is the only major event of its kind that hasn’t been canceled in 2020, company boss Thomas Ingenlath explained the Precept (pictured) started life as a design study. It should have spent a few months basking under the bright lights in various convention centers around the world before being shipped to Sweden, where Polestar is based, and spending the next couple of decades in a warehouse. With any luck, it might have emerged again at a classic car-focused gathering in the second half of this century.

The Precept’s future took an unexpected turn when the public and the press urged Polestar to make it a reality, according to Ingenlath. Development work has already started at the firm’s research and development center in Coventry, England. It’s too early to tell how it will evolve as it morphs into something Polestar can reliably build and profitably sell, but the company noted many interior and exterior parts will be made with a flax-based material developed by Bcomp. It’s similar to the natural composite Porsche is testing on a 718 Cayman GT4 race car.

Performance specifications remain under wraps. We know the Precept will be entirely electric, and it’s safe to assume it will be relatively quick, but horsepower, range, and charging times will be announced at a later date.

Like both current members of the Polestar line-up, the 1 and the 2, the Precept will wear a “made in China” label. It will be produced in its home country in a factory that hasn’t been built yet. Construction work is scheduled to start soon, and Polestar hopes to make the facility intelligent, connected, and carbon-neutral. There’s no word yet on when the sedan will begin rolling off the assembly line, but we expect it’s at least a couple of years away.