Michigan’s classic white-on-blue license plates, as well as its white-on-black plates, could be available again if a measure introduced into the state legislature is passed. Senate Bill 1146 was introduced by state senator Mallory McMorrow (D-Royal Oak) and would allow the Secretary of State to offer the blue plates or the earlier black plates as an option to drivers. An additional fee of $100 would be charged for the retro plates, with the money going to the state’s transportation fund.

“Classic plate designs give Michiganders the ability to celebrate our unparalleled car culture,” said Senator McMorrow in a statement announcing the bill. In a statement on Twitter, Sen. McMorrow noted that California has raised more than $20 million in revenue from its wildly popular retro black plates.

Michigan, and many other states, already allow drivers of vintage cars to use plates for the vehicle’s model year, but those plates typically come with restrictions. Should this resolution pass, Michigan would join several other states in offering throwback designs that are available as a standard plate for any car. 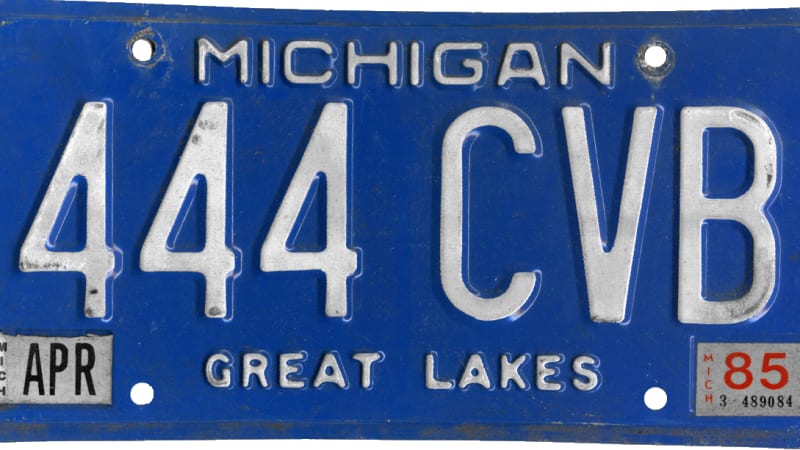 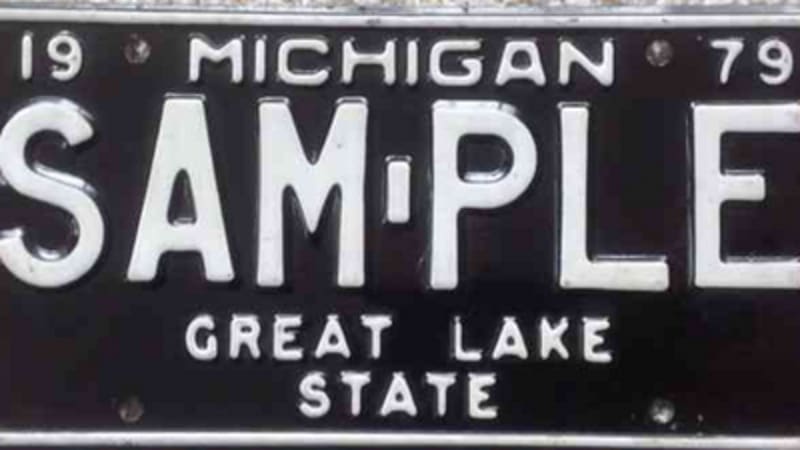 California began offering a yellow-on-black plate design, originally used from 1963–’69, in 2015. The state had originally proposed also bringing back the black-on-yellow plate and the later yellow-on-blue plates, but in pre-orders the black plates won out. Oregon brought back its Pacific Wonderland blue plate, originally from 1959, as an alternative option in 2009, the state’s 150th anniversary. It remains available at an extra fee, with the proceeds going toward the Oregon Historical Society and the Oregon State Capitol Foundation. Nevada similarly offers its Circa 1982 white-on-blue design, though it’s a special-order plate and not carried at DMVs.

And should you know of other states that offer retro plates for non-vintage cars, please let us know.