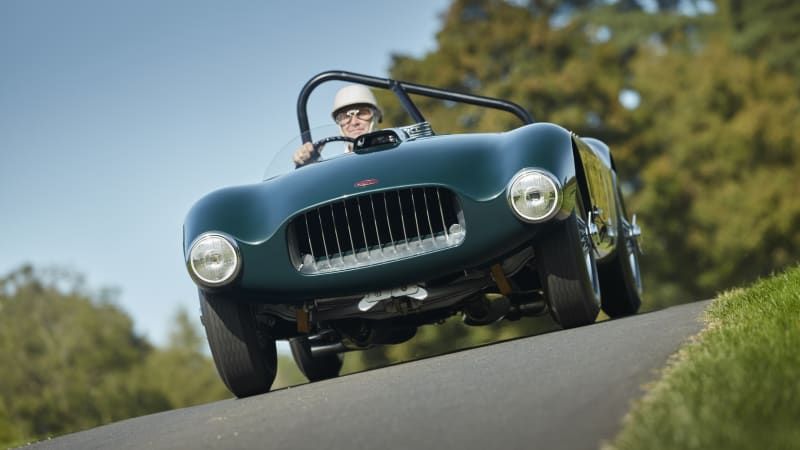 Known for winning hundreds of races in America, the England-based Allard Motor Company has been revived by its founder’s family to build continuation cars. It’s about to sell its first new model in over 62 years.

Allard was primarily active between 1946 and 1958, so it has no relatively modern heritage to lean on, but company founder Sydney Allard painstakingly saved original drawings, design bucks, and numerous spare parts. His son and grandsons leveraged this legacy when they launched the continuation car project. Working largely by hand with period-correct materials, they created a replica of the 1953 JR that participated in that year’s edition of the 24 Hours of Le Mans. It looks and drives just like the original car, and it sounds like it, too.

Then and now, the JR’s long hood hides a Cadillac-sourced, 5.4-liter V8 engine tuned to develop about 300 horsepower. It spins the rear wheels via either a three- or a four-speed manual transmission; Allard offered both during the 1950s. The car built to spearhead its 21st-century comeback is fitted with the latter gearbox option. Performance specifications aren’t available, but it weighs 2,200 pounds dry thanks to an aluminum body. Put another way, it’s lighter than a Mazda MX-5 Miata yet it packs the same punch as a Honda Civic Type R.

Additional examples will follow, and Allard told Autoblog demand from enthusiasts will dictate how many units are built. It’s not planning on capping production, but it’s not striving for volume, either.

Straight out of the history books

Allard’s main claim to fame is finishing third in the 1950 edition of the 24 Hours of Le Mans with the Cadillac-powered J2, though it also won several smaller races on both sides of the Atlantic. Its victories earned it a significant amount of attention from speed-craving American motorists during the 1950s, and it developed a small but loyal clientele on our shores. Buyers could order a complete, turnkey car or buy a rolling chassis and install the engine of their choice after taking delivery. Chrysler- and Cadillac-sourced eights were popular choices.