Skip to content
Latest News
What We Know So Far About the 2022 Acura TLX Type S
Will India be the site of Tesla’s next Gigafactory?
2023 Cadillac Lyriq starts brand’s electric slide from $59,990
2022 MINI Hardtop Oxford edition unveiled, starting at $19,750
Facelifted MINI JCW Convertible unveiled with fresh looks and colors


The BMW Team RLL is doing rather well in the 2020 IMSA WeatherTech SportsCar Championship, posting consecutive podium finishes in the last three races. Therefore, encouraged by the results obtained at Road America, Virginia International Raceway and Road Atlanta, the team is looking for a win at Mid-Ohio this weekend. This way, the BMW team could run for the GTLM class title this year.

Nevertheless, the runs they had so far are definitely encouraging. Back at Road America, the BMW M8 GTE finished on the third step of the podium, at VIR we saw it come in second while the Road Atlanta outing saw it claim third place once again. 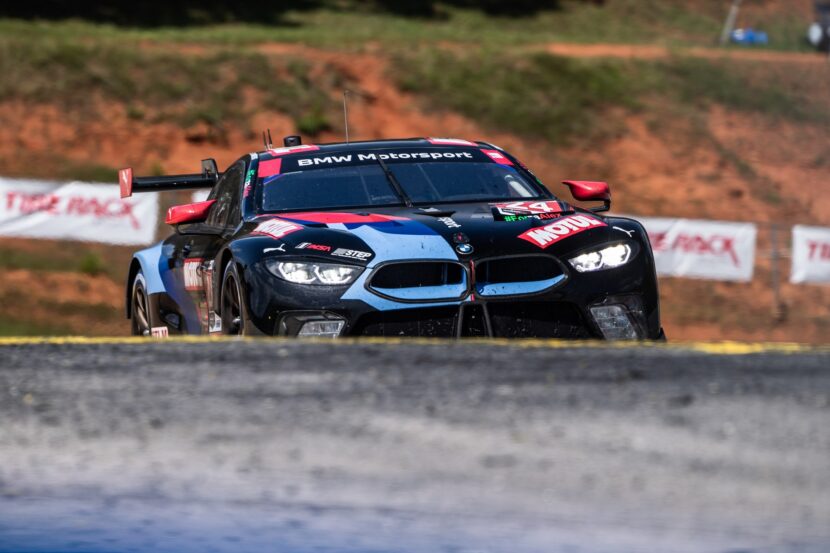 Only 60 miles separate the team’s base in Hilliard, Ohio from the 2.258-mile natural terrain circuit. Therefore, it could be considered a ‘home race’ but somehow, this track has not yet delivered a win for the team. They did reach the podium the five times though – the best result being a second place finish in 2018 with the BMW M8 GTE driven by Connor De Phillippi and Alexander Sims. Connor De Phillippi and Bruno Spengler, the two co-drivers of the No. 25 BMW M8 GTE, now stand third in GTLM class driver points.

The no. 24 BMW M8 GTE co-drivers John Edwards and Jesse Krohn, third-place finishers at Road Atlanta and two of the four BMW Team RLL quartet that won the 2020 Rolex 24 At Daytona, stand fourth in driver points. In GTLM manufacturer points BMW continues to stand second. The Acura Sports Car Challenge at Mid-Ohio is scheduled to take the green flag at 2:05 p.m. on Sunday, Sept. 27th and will be broadcast later that day on NBCSN from 11:00 p.m. – 2:00 a.m. ET.