Now that the new 2021 BMW M4 and M3 are out, the conversation has certainly been centered around the large kidney grille. And as expected, the opinions are split down the middle. But whether you like it or not, the grille is here to stay. At least until the lifecycle refresh.

With the design now in full display, rendering artists and car designers are having a field day imagining what the new M cars would like. Naturally, their efforts focus on the kidney grille. Take for example the images below created by Roman Miah (@romanmiah), an automotive designer from the famous Coventry University School of Art and Design.

The talented designer took the middle ground. Instead of “rolling back” the kidneys, he decided to make them slightly smaller, both in width and length. He’s also put his own touches on the front bumper and headlights. Let’s take a look at each one of them. 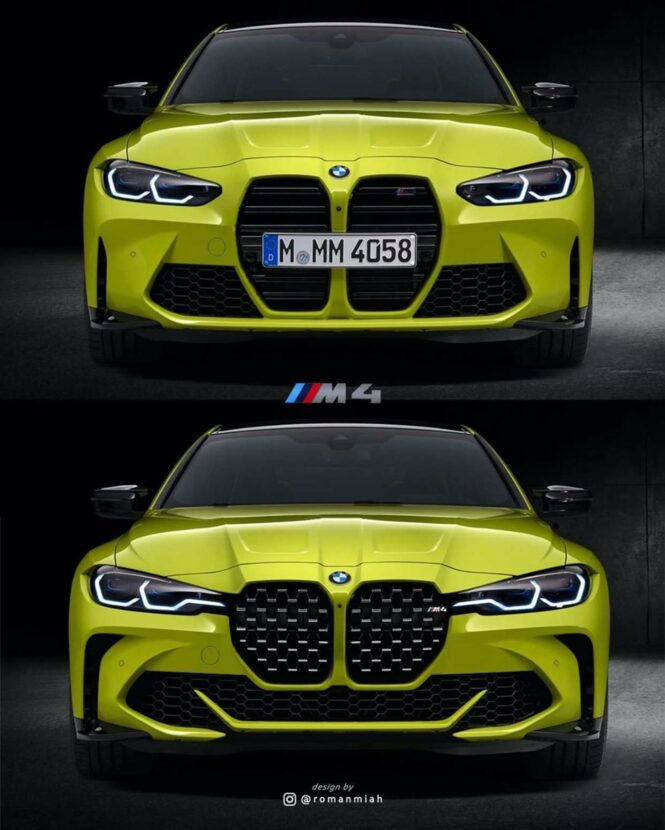 The first iteration shows the G82 M4 with mesh kidneys, similar to some of the recent BMW M Performance cars. The headlights went through changes as well: they’re now longer and sleeker, and they connect directly to the outer edges of the grille.

The front bumper also gets an interesting design. The honeycomb grille stays, but the bumper and lip are split into different parts. The air curtains are also larger. The result is a far more balanced front-end, less in your face and certainly more “socially accepted.” 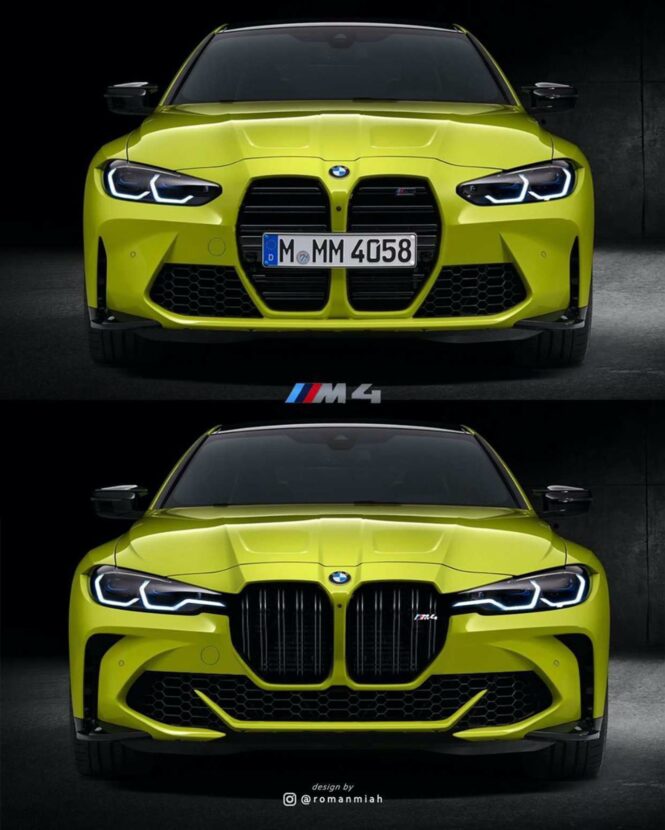 The second iteration retains the overall design theme of the previous one, but it swaps the mesh kidneys for one that includes vertical slats instead of the horizontal ones. And again, this is also a quite balanced design with the vertical slats “blocking” the width of the car.

Out of the two presented so far, it’s still the mesh grille that seems to be the better choice.

Horizontal Slats, But A Smaller Grille 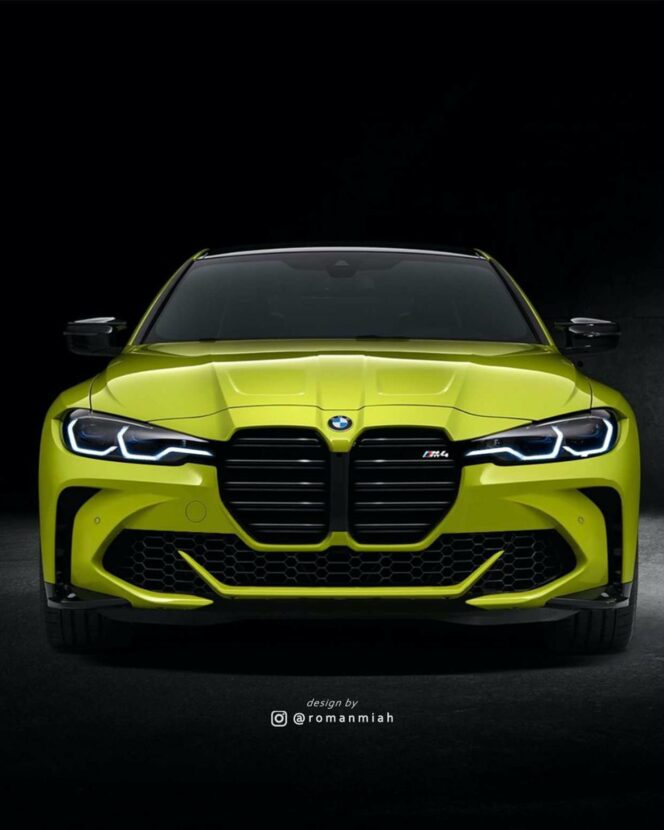 The final iteration is the one that’s closest to the production car. The horizontal slats are retained, but the kidney grille is far smaller than the original. The proportions are just right and there is still plenty of room for a license plate below the grille. The G82 M4 in this version is still quite aggressive and certainly a fresh breath of air on the street.

Before you jump into the photo gallery below, let us know which one of the three is your favorite.