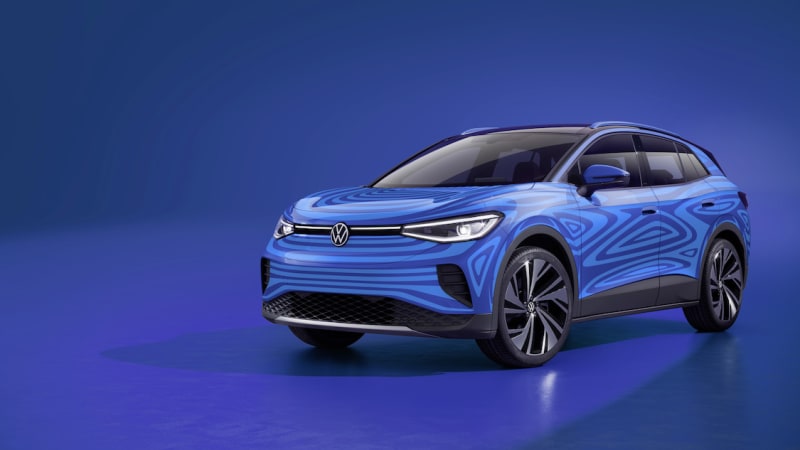 The time has come at last for the U.S. to get its first all-electric car from Volkswagen, the 2021 ID.4 crossover. And you can watch the unveiling live, right here, in the video above.

Though this is the official reveal, VW hasn’t kept the ID.4 under the tightest of wraps. We’ve already seen spy photos, as well as images of the car wrapped in some funky camouflage. VW even shared some interior photos to give us a feel of the cabin.

Production of the ID.4 has already begun at Volkswagen’s plant in Zwickau, Germany. The car will also eventually be built in China, and VW plans to produce it at its Chatanooga, Tenn., factory for U.S. customers starting in 2022 (ours will come from Germany until then). Volkswagen has a production target of 1.5 million units by 2025. VW will begin taking orders for the ID.4 immediately following today’s launch.

As for specifics about the vehicle, that’s why we’ll be tuning in to the livestream. Despite having already seen a lot of the car, we don’t know too much about this electric vehicle’s performance and technology. We do know that it gets a WLTP driving range of up to 310 miles, which will certainly translate to a lower figure here in the U.S. using the EPA’s testing cycle. We also know that customers will receive three years of free public charging on the Electrify America network.