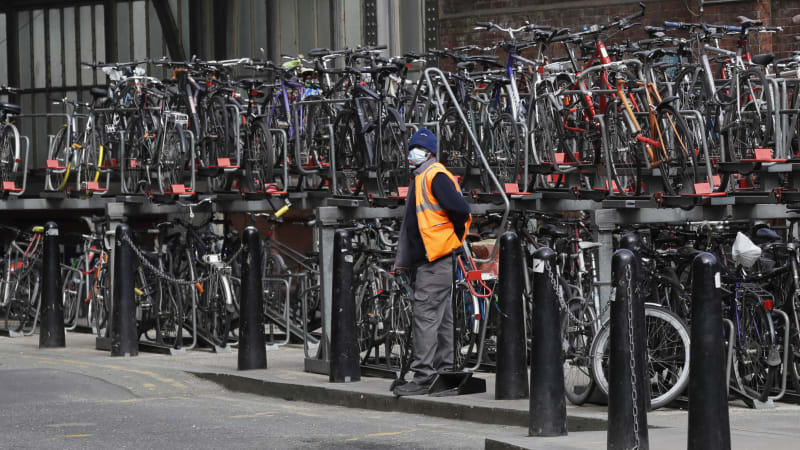 LONDON — Active travel is booming in Britain as millions of commuters, shoppers and schoolchildren get on their bikes to avoid confined spaces on public transport during the COVID-19 pandemic, data from the fitness tracker app Strava showed on Wednesday.

The city of Liverpool saw the greatest year-on-year rise in cycling, with an increase of more than 220% for people taking at least one trip by bike.

The UK data, seen exclusively by Reuters, also showed the peak of Britain’s cycling popularity growth surge came in May 2020, coinciding with the height of COVID-19 lockdown restrictions across Britain.

Strava spokesman Gareth Nettleton said the app is now making data freely available to local authorities to help them plan improvements to cycle paths and streets to enable more people to replace car journeys and choose to ride, jog or walk instead.

“We’re desperate for this not to be a COVID blip,” Nettleton told Reuters. “We’re doing this now – making the data available – because the only way this doesn’t become a COVID blip is if infrastructure gets improved on the back of what’s happening right now.

“This is about how we create infrastructure so that active travel is a viable alternative, not just for those in lycra who go for long distances, but for anybody doing the nursery drop-off or going to the shops.”

The data showed that London, where cycle commuting was also growing in popularity before the pandemic, ranked fifth in Strava’s growth table, with a rise of 119% — behind Manchester at 169%, Glasgow 146% and Birmingham 134%.

Across the country as a whole, the analysis — which compared the overall number of people traveling by bike in May 2020 with the same period in 2019 — found that cycling rose by 162%.

Chris Boardman, a former Olympic cycling gold medallist and now a campaigner for active travel, also urged urban planners to seize the opportunity to take the cycling trend “from a lockdown spike into a long-term solution for the country”.