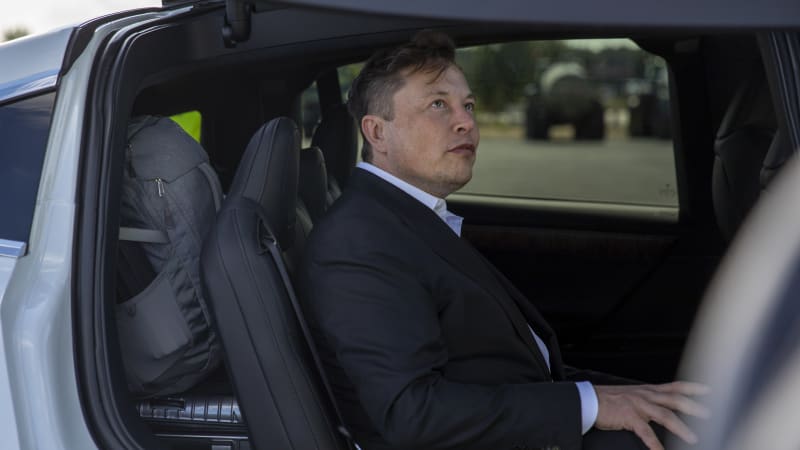 Tesla CEO Elon Musk on Tuesday is scheduled to showcase the company’s advanced battery technology, with investors expecting he will outline how the company’s electric vehicles will surpass the cost and convenience of internal combustion engines.

As automakers shift from horsepower to kilowatts to comply with stricter environmental regulations, investors are looking for evidence that Tesla can increase its lead in electrification technology over legacy automakers who generate most of their sales and profits from gasoline-powered vehicles.

Musk, who frequently launches new products in attention-grabbing, show-like announcements, has fueled expectations for Battery Day over the past months, in April calling the event “one of the most exciting days in Tesla’s history.”

On Monday, Musk said on Twitter that the battery improvements to be unveiled at the event would not reach “serious high-volume production” until 2022, sending Tesla shares down 5% in extended trade.

Analysts expect Tesla to present a range of updates, including significant improvements to the amount of energy its batteries can store, allowing vehicles to drive further on a single charge. They also await updates on the production cost of battery cells, largely seen as an impediment to wider electric vehicle adoption.

“We suspect there will be a plenty for everyone,” Canaccord analyst Jed Dorsheimer said in a Monday note.

Musk has complained in the past that Tesla vehicles are not affordable enough. Tesla’s lowest-range Model 3 sedan with a range of 250 miles (400 km) currently starts at $37,990 in the United States. Musk in July said scaling battery cell production at an affordable price was Tesla’s biggest limitation to growth.

Tesla’s futuristic Cybertruck, expected to be released in 2021, will have a maximum range of 500 miles, among the longest range of any electric vehicle on the market today.

While average electric vehicle prices have decreased in recent years thanks to changes in battery chemistry and composition, they are still more expensive than conventional cars, with the battery estimated to make up a quarter to a third of an electric vehicle’s cost.

Some researchers estimate that price parity, or the point at which electric vehicles are equal in value to internal combustion cars, is reached when battery packs cost $100 per kilowatt hour (kWh).

Tesla’s battery packs cost $156 per kWh in 2019, according to electric vehicle consulting firm Cairn Energy Research Advisors, which would put the cost of a 90-kWh pack at around $14,000.

Analysts at UBS expect Tesla to announce battery cell costs of $70 to $80 per kWh over the next three years, allowing the company to save roughly $2,300 per vehicle.

Such a price advantage would leave competitors unlikely to catch up to Tesla, the UBS analysts said.

Musk on Monday said Tesla intends to increase battery cell purchases from those three suppliers and possibly with other partners as well.

Musk in July also said Tesla was open to license and supply powertrains and batteries to other automakers.