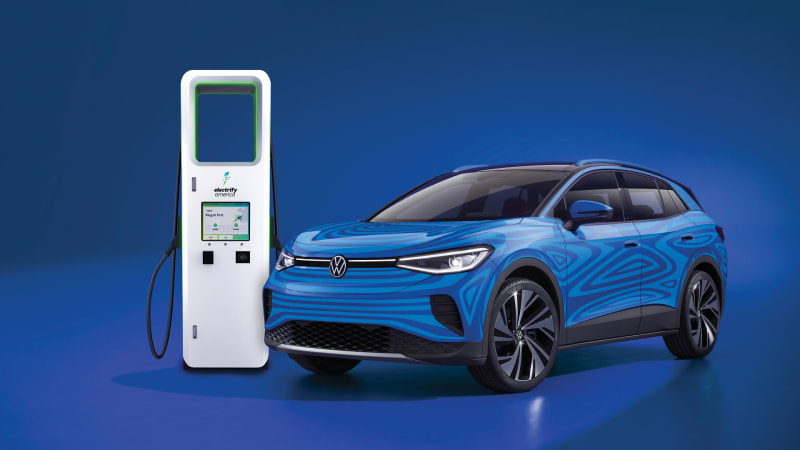 The reveal of the Volkswagen ID.4 electric car is almost upon us, immediately after which VW will begin accepting reservations for the new EV. As an added enticement for those who may consider the new battery-powered entry, VW is offering ID.4 buyers three years of free charging with the Electrify America network.

Typically, the cost to recharge at an Electrify America DC fast charger is $0.43 per kilowatt hour, although pricing varies by location. According to the Electrify America website, the company currently has 443 charging stations operating in the United States.

The tie-up shouldn’t come as much of a surprise, given that Electrify America is a subsidiary of the Volkswagen Group. It was created as part of the settlement for the VW diesel emissions cheating scandal.

The ID.4 will be the first of VW’s new family of electric vehicles to be sold in the United States. It follows the ID.3, which is already on sale in Europe (but not coming here). Details of the battery capacity and range of the ID.4 have not yet been released, although VW has said the car will travel as far as 310 miles on the European WLTP cycle (EPA range estimates are generally lower).