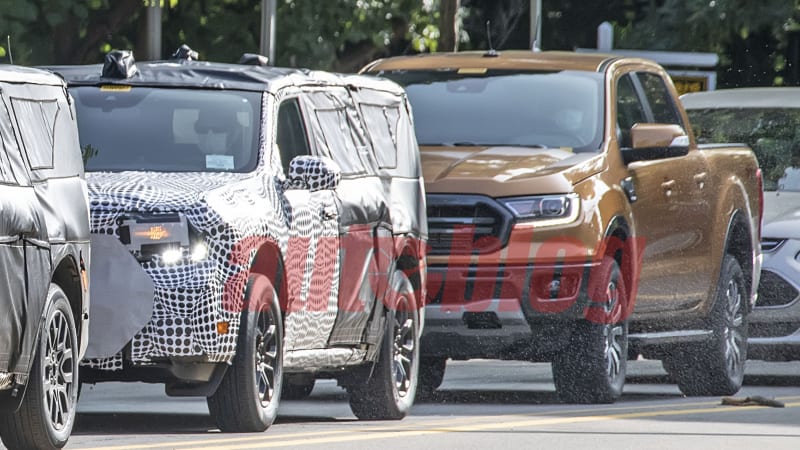 The upcoming Ford Maverick has been spied yet again, this time with a current Ford Ranger tagging along. Not only do these photos show off the true size of Ford’s new baby pickup, but they also give us our clearest view yet of its rear suspension.

While early photos of Maverick prototypes lacked a good reference for judging scale, these shots reveal just how small, narrow and low to the ground it is compared to even the midsize Ford Ranger. And it’s worth noting that while the FX4 pictured here isn’t the base Ranger 4×4, the height difference between the two of them would be negligible at most.

We already knew the Ford Maverick would be front-wheel drive, thanks to previous photos that revealed the absence of any driveline components in its rear suspension. These new photos give us an even better look at what’s going on underneath the Maverick’s bed, and it’s some pretty basic stuff.

This is a simple, coil-sprung twist-beam suspension, typical of a low-cost, front-wheel-drive platform. In fact, this looks very similar to the Ford Transit Connect’s rear suspension, which is apt, since the Maverick will be to trucks what the Transit Connect is to vans. The fact that every Maverick prototype we’ve seen so far has been front-wheel drive backs this theory up.

This configuration as it sits would be incompatible with powered rear axles by virtue of the rear spring location alone, so if there is to be an all-wheel-drive variant, it stands to reason that it would have to use of an entirely different rear subframe. Since this is expected to be Escape-based, like the Bronco Sport, Ford should be able to dip into the parts bin to provide a solution that powers all four wheels.