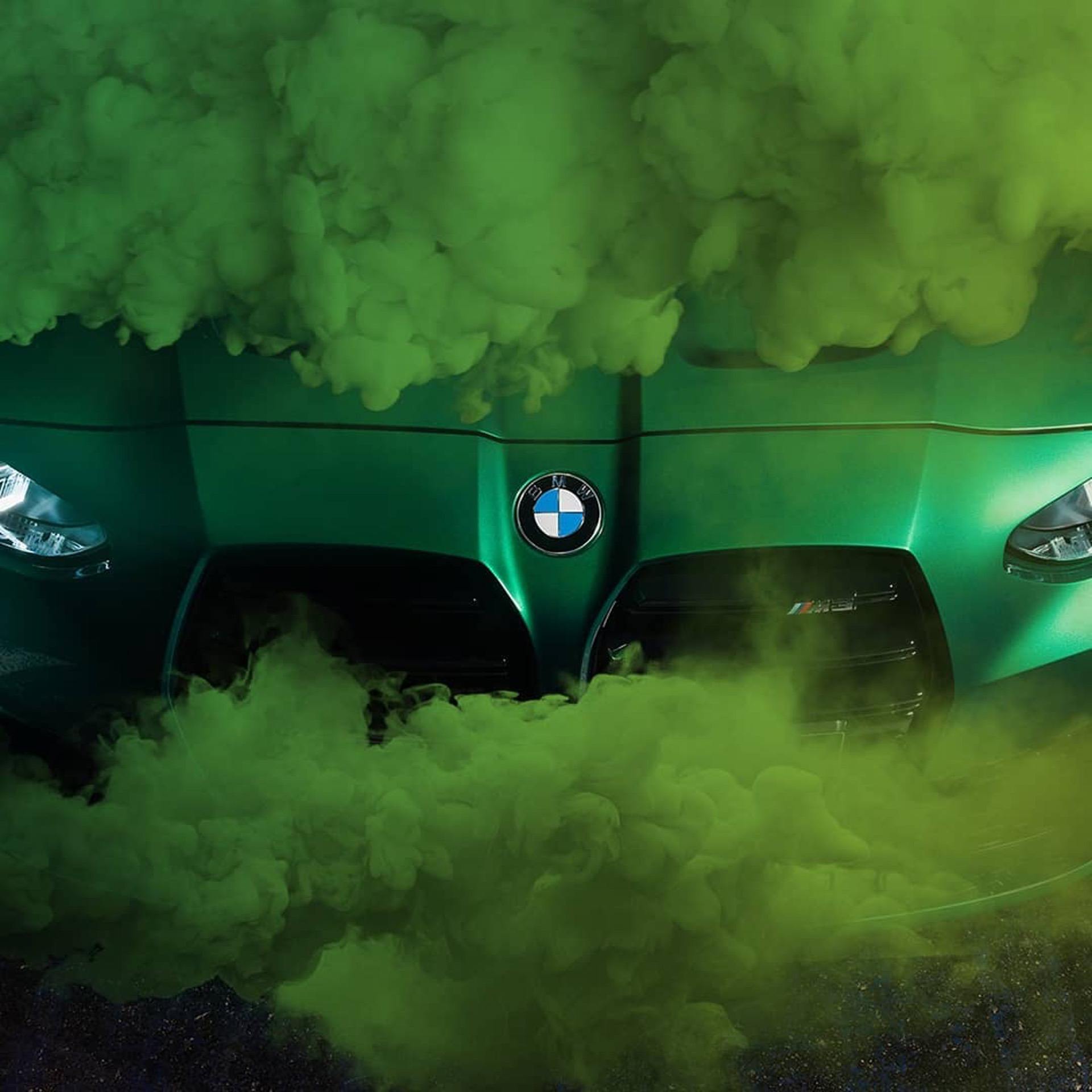 The day is almost here, when we’ll finally see the new BMW M3 and M4. It’s been an interesting roller-coaster of hype over the past couple of years. After the release of the G20 3 Series, fans and critics alike were eagerly awaiting the arrival of the M version, due to the standard 3er’s already impressive capability. However, enthusiasm surrounding the M3 and M4 have waned a bit, after learning of their new grille design. Thankfully, there’s still going to be a lot to like about these new cars, as evidenced by these new teaser photos.

Seen here in a few smoke-covered photos, we can see the new BMW M3 and M4 teased, wearing a great shade of Isle of Man Green. The smoke obscuring most of the car’s details is also that same green, which makes for a very cool affect. 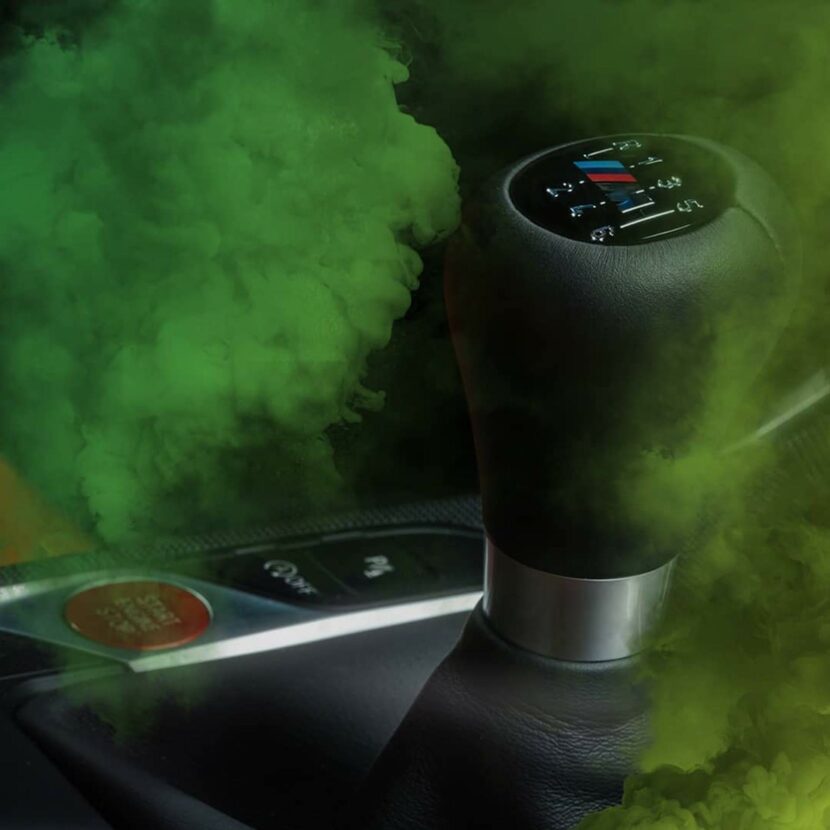 In the photos, though, there are a couple of exciting details. One of which isn’t new but it’s exciting nonetheless — the manual gear lever. We’ve known that the M3 and M4 would have a manual transmission option for some time. However, seeing a proper six-speed stick in a brand-new M car is still refreshing. In an era when automatics reign supreme, the manual is a delightful reminder of what driving is actually about.

The other fun detail we see is the glimpse at the new sport seats. Seen with an illuminated “M4” badge is one of the new sport buckets that will be available on both cars. We’re not sure if these will be optional seats or standard seats but they certainly look good. They feature high shoulder bolsters, pass-throughs behind the neck and fixed headrests and look cooler than what you’ll find in most M cars at the moment. One thing BMW M has never failed to do is make great seats, so we’re looking forward to these. 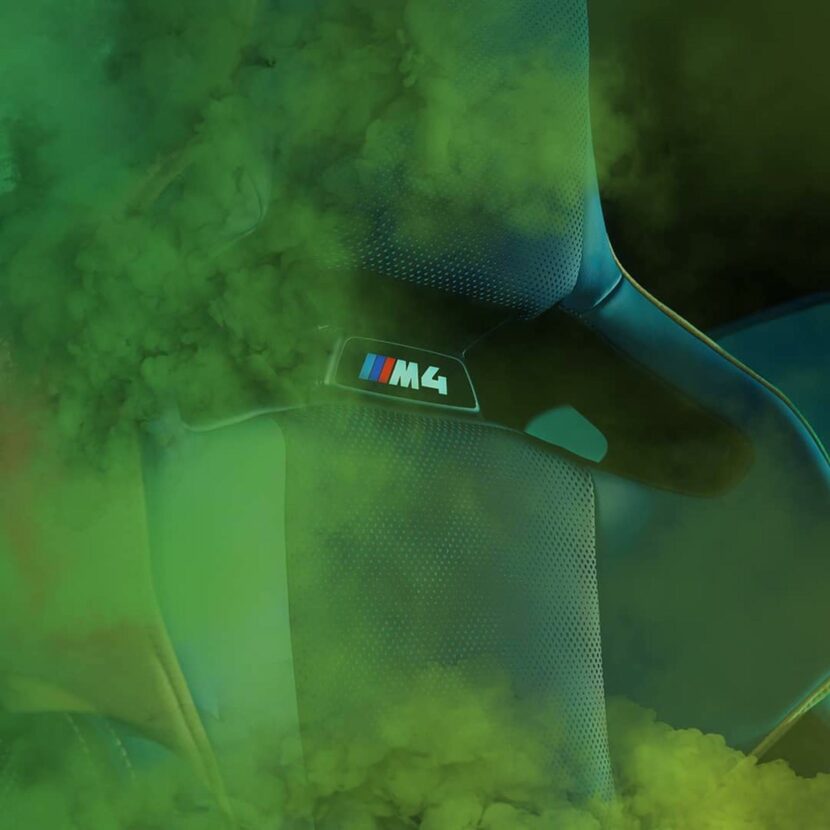 Fans aren’t going to like the new grille design, especially at first. There’s no getting around it. We’ve all already seen it and the criticism has been almost never-ending. However, there’s likely going to be so much to love about both cars that its grille won’t matter.