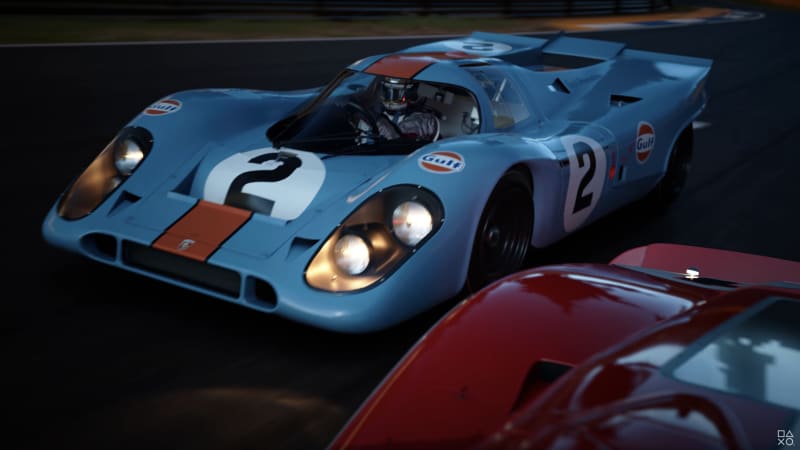 Autoblog may receive a share from purchases made via links on this page. Pricing and availability are subject to change.

The crossover between gearheads and gamers is growing every day. Professional race car drivers develop their chops digitally before ever stepping foot onto certain tracks thanks to racing simulators like iRacing. Entertainers like T-Pain are simultaneously diving into both automotive and gaming ventures. We even see the overlap firsthand on our very own livestreams, where car enthusiasts of all ages from around the world join us to talk about not only their favorite cars, but also their favorite racing and driving games. So we wanted to create a place on Autoblog to talk about the gaming news of the week, and how it might relate to the automotive world (and for any parents out there, we’ll try to help you make sense of some of the madness.) Enter: Autoblog‘s Gaming Roundup. Let’s dive in.

It did, and predictably, the PS5 will be available on November 12 for the same price as the Xbox Series X at $499. There’s a twist, though. As you probably know, Xbox is releasing two consoles this November, the Series X and the $299 Series S. Although the Series S doesn’t quite pack the same punch as the Series X, it’s still a “next generation console” and it will be able to play all the same games as the Series X. Well, what might be flying under the radar a bit is that Sony is releasing two consoles this November as well, the PS5 and the PS5 digital edition (the same console but without a disc drive). The headline here is that, if you don’t need a disc drive, you can get a PS5 digital edition for $399. Assuming the PS5 and Series X are mostly comparable in power (yes, yes, I know, this can be argued but realistically they’re about the same, let’s be reasonable here), this means that if you don’t need a disc drive, you can snag a “full-powered” next-gen console for only $399 in the form of a PS5 digital edition. The confusing part, though, is that if you don’t have a 4K TV or don’t care about playing every game at the absolute maximum specs that can be achieved via console, then you can still participate in the next generation of gaming just fine with the $299 Xbox Series S. Keep in mind, if you want to play Forza, that’ll only be available on Xbox (and PC), and if you want to play Gran Turismo, that’ll only be available on Playstation, so you’ll have to go PS5. Got all that? You might have to search pretty hard for a PS5, though you can pre-order one here, but availability has been sporadic, and that’ll likely continue for some time.

Q: You guys talk a lot about sim racers in these posts — can you recommend any racing games that aren’t simulators?

You better believe we can. Last week, a game called “Hotshot Racing” launched on PC, PlayStation 4, Xbox One and Nintendo Switch. It’s a retro-style racing game themed after arcade games, and News Editor Joel Stocksdale spent this past week playing it. His thoughts:

Joel Stocksdale: “Hotshot Racing” is an all-around charmer, from the graphics to the gameplay. Its art style is clearly inspired by arcade racing games, particularly Sega Model 1 and Model 2 games such as “Virtua Racing” and “Daytona USA.” That’s evident by the vibrant colors, low-polygon models and creative tracks adorned with everything from castles to dinosaurs. The detailed animations of everything on the track, the long draw distances and buttery smooth framerate make it look and feel more sophisticated than you would expect, though. Also evident is not just a love for classic arcade games, but for cars. The game features various drivers with unique cars, all of which are clearly inspired by real ones. These include well-known vehicles like Corvettes and Jaguar E-Types, as well as more obscure machines such as the Toyota GT-One Le Mans racer. You’ll even find paint schemes inspired by real cars, such as a TRD Toyota Levin race car or a NASCAR wearing the colors of Tom Cruise’s City Chevrolet car in “Days of Thunder.” Thought was also put into the visual upgrades that can be done, such as the engine hood scoops: Front-engine cars get scoops in the hood, mid-engine cars get them on the sides and roofs.

The gameplay is also a blast. You get a superb sense of speed, with the bright scenery whipping by, anime speed lines in your peripheral view. Controls are extremely tight, precise and responsive.Combined with easy-to-drive cars, the game is great for anyone of any skill level to pick up and try out. The game mechanics and tight controls also make it so that there’s plenty to master for people who want a challenge. Adding nuance is the fact that every car controls a little bit differently, even within the same class (balanced, speed, acceleration and drift). With 16 tracks, race, time trial, pursuit and speed related modes available, there’s plenty to keep you busy. It’s still not as expansive as a game like “Forza Horizon,” but that’s OK, especially because “Hotshot Racing” carries a price of just $19.99. So if you’re looking for a bright, cheerful and exciting racing game that doesn’t take itself too seriously, “Hotshot Racing” is absolutely worth a try. The game is a digital-only release, so you won’t find it on store shelves, but you can pick it up from any digital storefront. If you need to fund your account, you can do that by picking up an Xbox Store gift card here, or a Playstation Store gift card here.