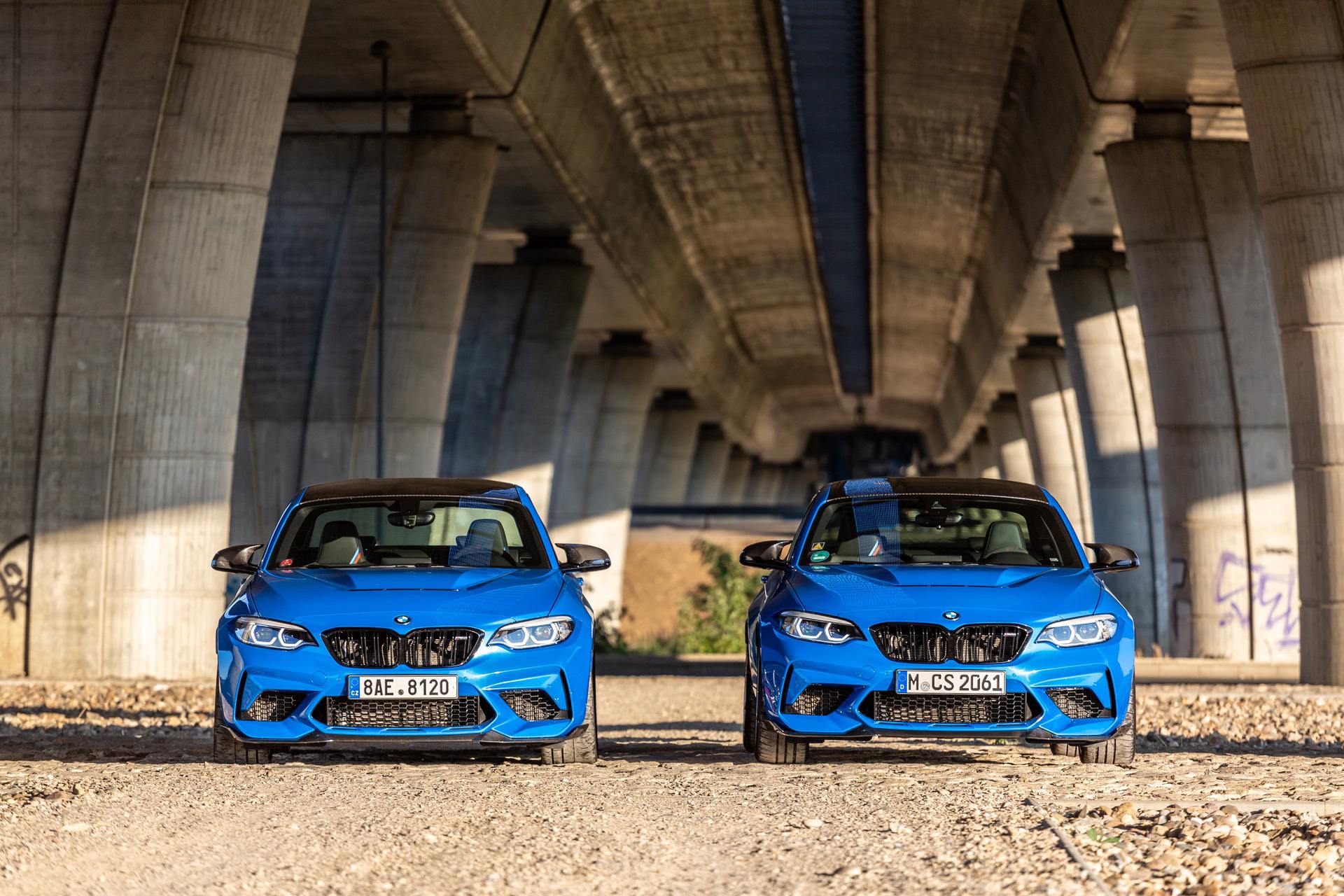 With only 2200 units made, the BMW M2 CS is rare presence on the road. Seeing one is a unique opportunity, getting two together is even more special. A local owner from Czech Republic and your BMWBLOG reporter from the area decided to meet up on a summer evening to shoot these lovely photos of the two Misano Blue Bavarian sports cars. The content created by local photographer Vincero Photography shows both cars in and near the Czech city.

The M2 CS is a more powerful and lighter version of the M2 Competition. Its engine develops 450 HP and the weight was cut by using various smart choices, like a CFRP roof and many others. For the M2 CS, the Germans developed their own unique roof, which is a structural part of the bodywork! This is different from the way aftermarket solutions are available in the market, or even the M Performance solution. 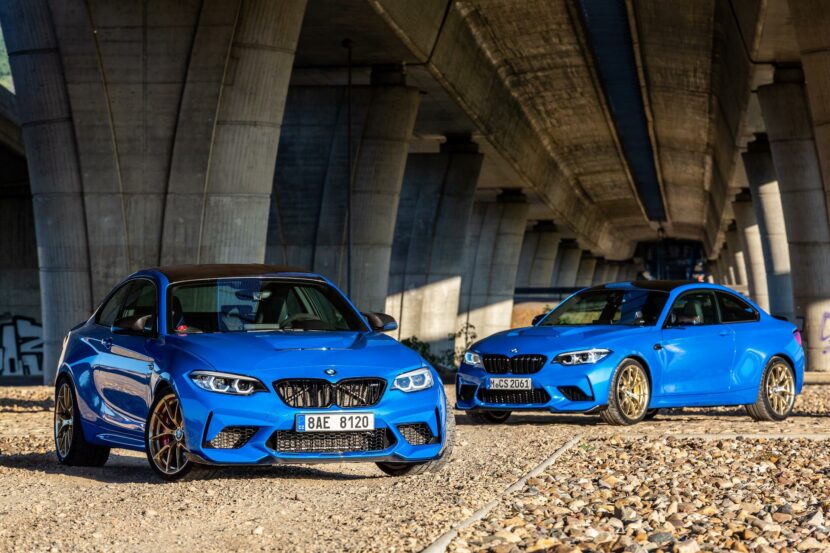 It also comes with Michelin Pilot Sport Cup 2 Tires which should come in handy on the track. They have a harder tire wall to accommodate heavier sports cars and includes Track Connect sensors, which connect to an app in your phone. The new tires are available and should answer all your wishes.

With the new model, which is based around the success of the M2 Competition and the M2 Coupe, customers will only be able to choose from a small range of options and four basic colors: Alpine White, Sapphire Black, Misano Blue and Hockenheim Silver. The plant in Leipzig will built as many as they can. Both the M2 Competition and M2 CS will have their production stop or EOL (end-of-life) in October. European cars are build first so that they have a CoC (Certificate of Conformity) dated before the end of August since the S55 engine is not emission compliant anymore in Europe from September onwards.