Seeing new spy photos of upcoming ALPINAs always brightens the day of BMW enthusiasts. How could it not? There’s something intangibly desirable about ALPINAs. So when we see them, we all go a bit nuts. Which is why we’re very excited about the new photos of the upcoming ALPINA B8 Gran Coupe that have just surfaced. (We don’t own them, so see ’em here)

In these photos, we see what initially just looks like any other BMW 8 Series Gran Coupe. However, upon just a slightly closer inspection, we see that this specific test mule is indeed the ALPINA B8 Gran Coupe. We can tell mostly by its wheels, which are the signature multi-spoke ALPINA wheels finished in black.

Though the rear exhausts also give it away. There are four of them which could either mean that it’s an ALPINA or an M car. M cars, though, feature their exhausts under the rear bumper, while ALPINAs stick them through the rear bumper. Also, the rest of the car is too calm and sophisticated looking to be a proper M Division product. So the B8 it is. 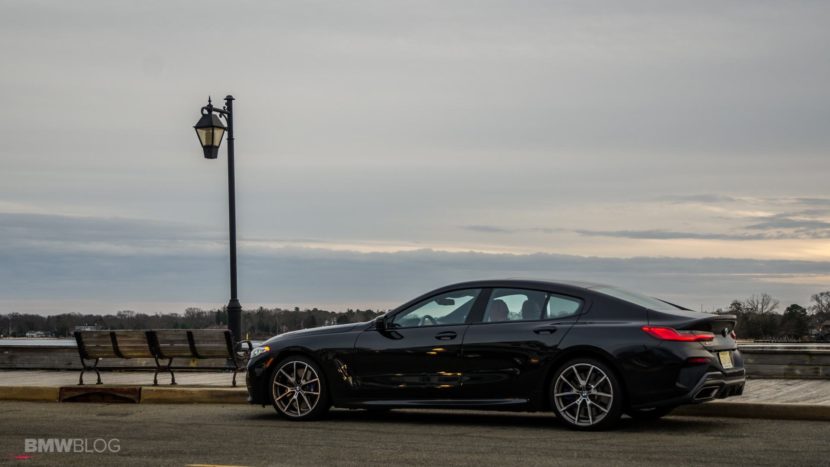 When the ALPINA B8 Gran Coupe makes its debut, it has the chance to be the prettiest car wearing a blue and white Roundel. Not only will it be based on an already gorgeous car but it will have those signature ALPINA touches that always send designed over the top.

Under the hood will lie a modified version of the same twin-turbocharged V8 from the M850i. It will likely make over 600 horsepower and around 600 lb-ft of torque, so it will be significantly faster than the standard M850i. It will handle better, too, as ALPINAs are always able to blend performance and comfort in a witchcraft-like manner. It has to be witchcraft, as if it were pure mechanical engineering, other companies would be able to reverse engineer ALPINAs and come up with a similar ride/performance trade-off. Thus far, no one has. Including BMW.

We can’t wait to see the final product and, more importantly, drive the damn thing. Until then, though, these spy photos will have to suffice.