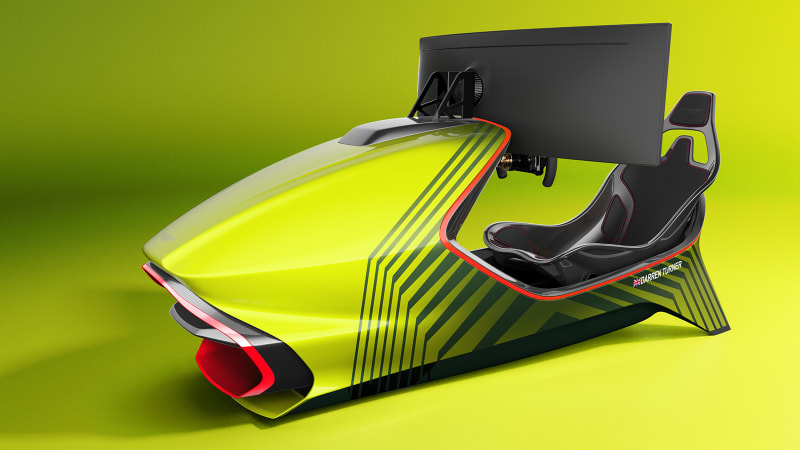 Aston Martin has made a lot of amazing cars over the decades. But none of them have been able to be driven inside a house. That sort of changes now, as Aston Martin has collaborated with driving simulator company Curv to create the AMR-C01 simulator rig.

The simulator is made completely out of carbon fiber, and according to Aston Martin, the leather-clad seat is designed to reflect the Valkyrie supercar’s driving position. The shape of the outer shell also resembles an Aston Martin at the front. It’s available in a variety of color schemes, some having been used on Aston Martin race cars and prototypes. In addition to the seat, pedals and steering wheel, the rig features a massive curved screen, and presumably there’s a computer hidden somewhere in the bodywork. The company didn’t give specifications, but apparently it has “Assetto Corsa” loaded as their simulator of choice.

Unsurprisingly, the Aston Martin simulator is not cheap. It costs 57,500 pounds before tax, and that comes to $73,592 at current exchange rates. We suppose for a new Aston Martin, that’s not a bad price, though. It’s a limited production Aston, too, with just 150 units being built. Those who order one will get it by the end of the year.