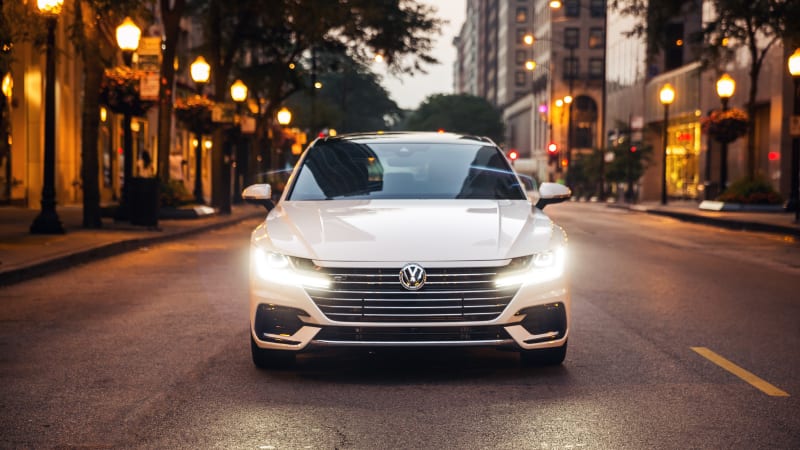 The Volkswagen Arteon has made the grade to be an Insurance Institute for Highway Safety’s Top Safety Pick for the first time. The 2020 Arteon achieves that honor due to its Good ratings in all six IIHS crash tests, as well as Advanced or Superior ratings for the performance of its automated crash avoidance systems. Finally, the headlight performance must be judged as Good or better.

That last item held the Arteon back in 2019. But the 2020 model’s new curve-adaptive LED projector headlamps achieved a Good rating, putting the Arteon into Top Safety Pick territory. There is one higher tier, Top Safety Pick+, which the Arteon falls short of because the improved headlamps are not standard across the line. They’re including with the SEL, SEL R-Line, and SEL Premium R-Line trims, but the base SE has different headlights that are rated Poor. To be a TSP+, all variants of a given model need to have Good or better headlamps.

All Arteons come standard with forward-collision warning with pedestrian detection and automatic emergency braking. The IIHS tests the system’s ability to avoid hitting a pedestrian and to avoid a collision with another vehicle. The Arteon’s system earned an Advanced rating in the pedestrian tests and a Superior rating in the vehicle tests.

Meanwhile, the 2021 version of the Arteon already has been unveiled. Its design is tweaked and the interior gets more tech, but none of the equipment changes appear likely to alter its IIHS ratings.