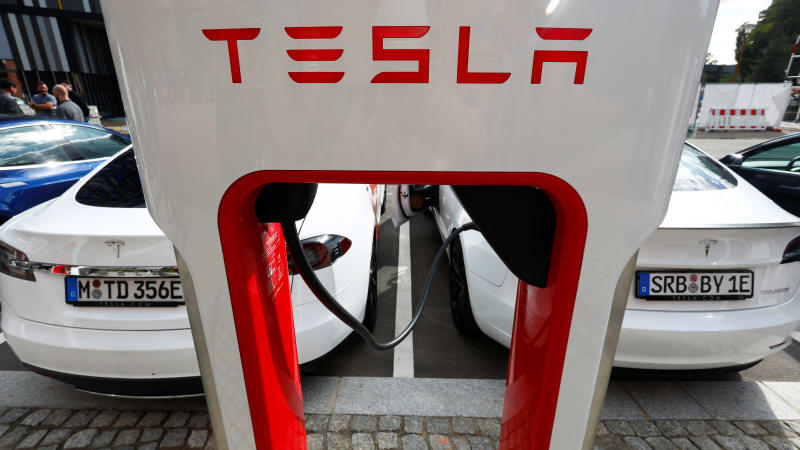 Tesla’s Supercharger stations normally aren’t very welcoming places to competing electric cars, but European chargers may be another story — for now. Electrek pointed to reports from Nextmove and others that Supercharger V3 stations in Europe are letting people with non-Tesla EVs (like the VW ID.3 and Hyundai Kona Electric) charge for free. V3 outlets in Europe use the CCS charging standard and are supposed to limit top-ups to Tesla cars through a software “handshake,” but that apparently isn’t happening.

As that handshake also links the charge to a driver’s Tesla account, these drivers aren’t paying for their top-ups. It’s not clear whether this affects all stations

We’ve asked Tesla for comment. It has previously welcomed the possibility of allowing Supercharger access to non-Tesla vehicles, but only if they can agree on costs. There’s no agreement so far.

As Electrek suggests, this could easily be a bug or some other flaw. Tesla only allows free Supercharger use as a perk for some of its customers, and it likely isn’t happy that someone with a competing car could not only recharge at its stations without permission, but avoid paying for it. Don’t be surprised if Tesla rushes to block freebies in the near future.

This story by Jon Fingas originally appeared on Engadget.