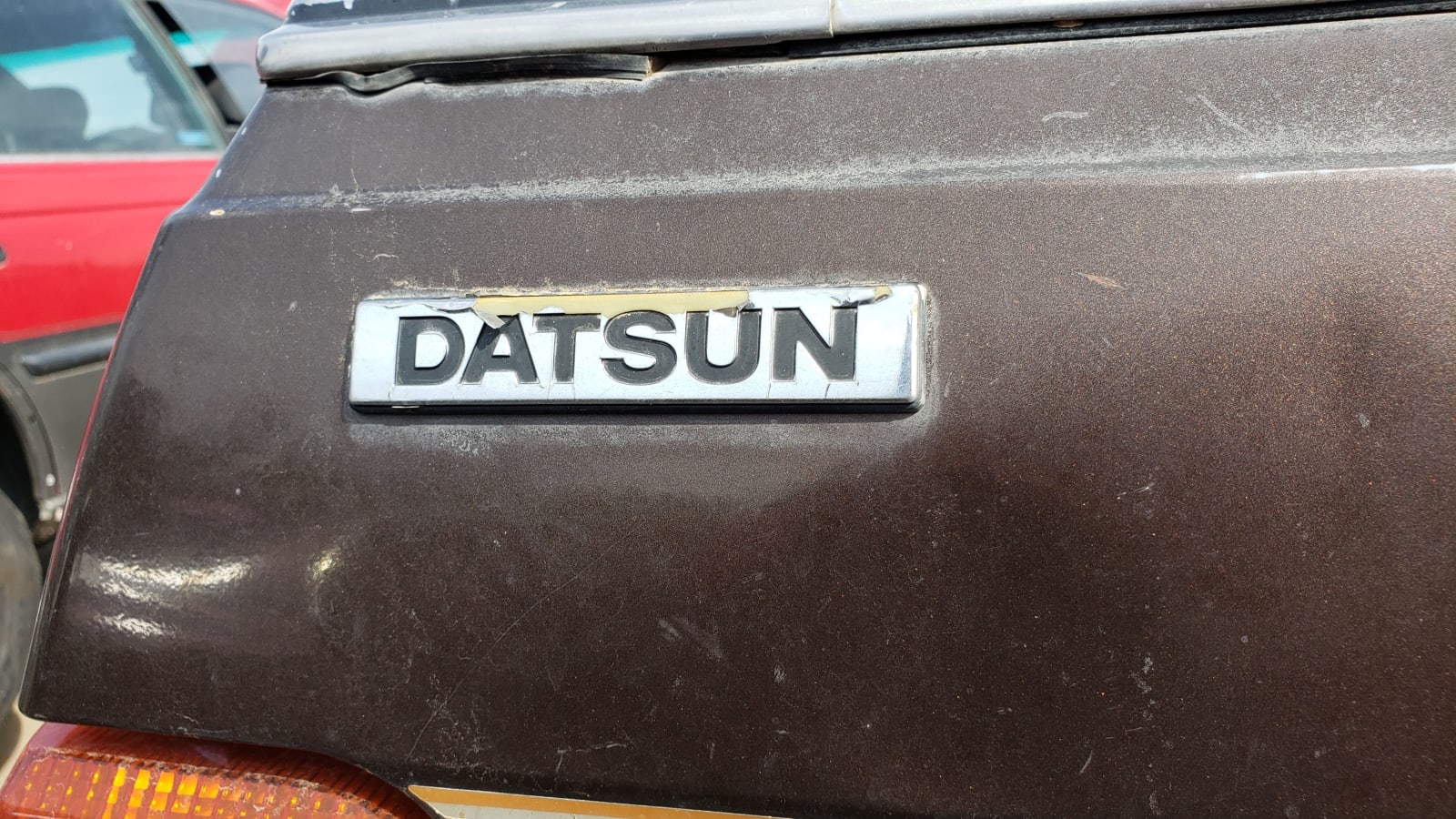 Nissans sold in the United States were all badged as Datsuns prior to the 1982 model year, though the occasional “by Nissan” badge slipped in here and there before then. The Sentra, sales of which began here for the 1982 model year, started its American career as a Nissan from the beginning, but the real changeover took several years. By 1984, the Nissan name reigned supreme, but you’ll see the occasional ’84 Maxima or Stanza or Pickup with Datsun emblems. 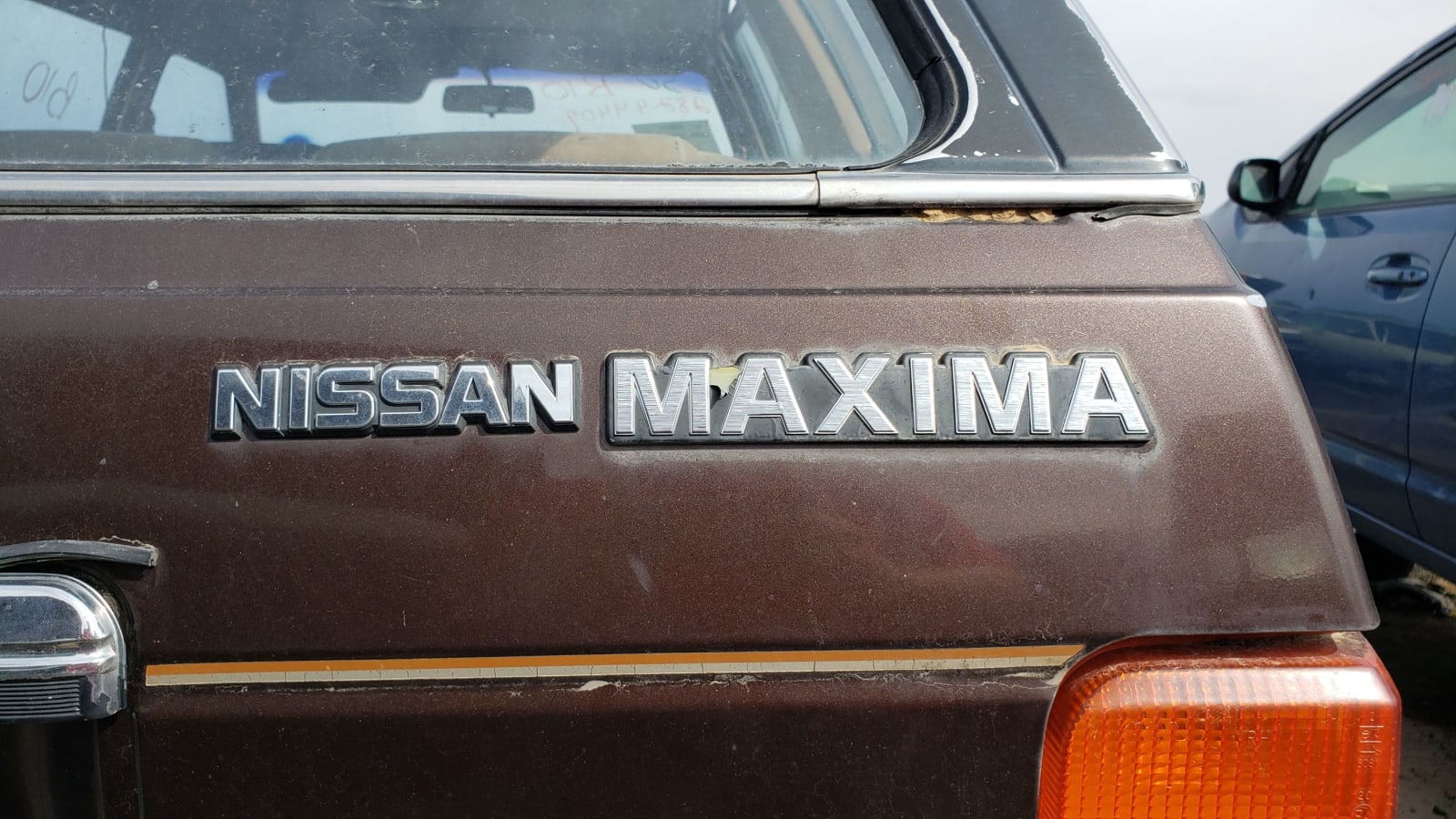 So, looking at the back of this car you might decide to call it a Datsun Nissan Maxima. The year before, Maximas still had big DATSUN hood ornaments. 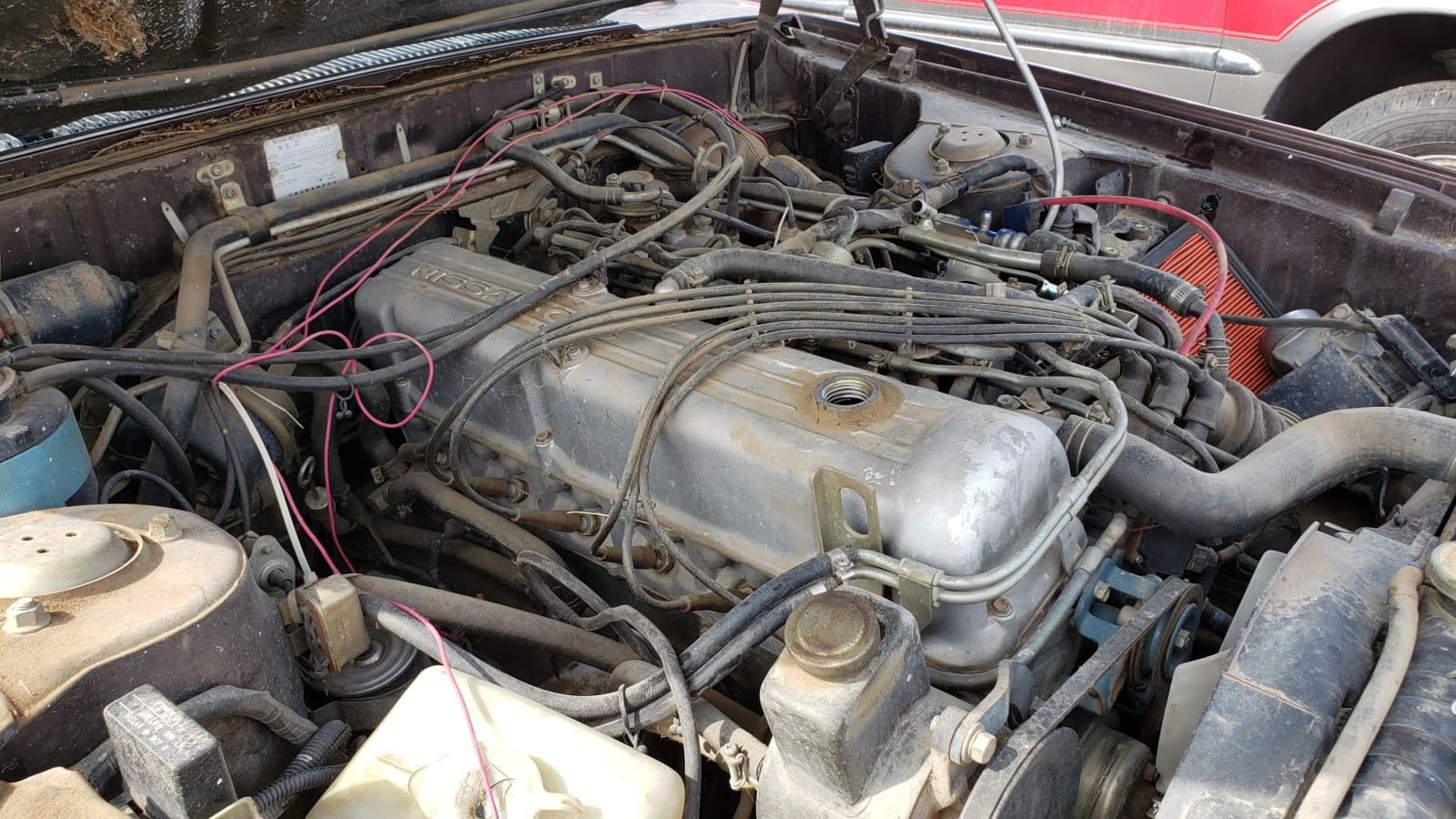 The suspension in this car isn’t so far removed from that of the legendary Datsun 240Z, and the engine is the same L24 straight-six that went into the 240s (though updated with more modern fuel injection and electronics). Interestingly, the Nissan L family of engines traces its ancestry back to the Mercedes-Benz four-cylinder engines of the early 1960s, which were license-built by Prince and then modified by Nissan after that company’s purchase of Prince in 1965. 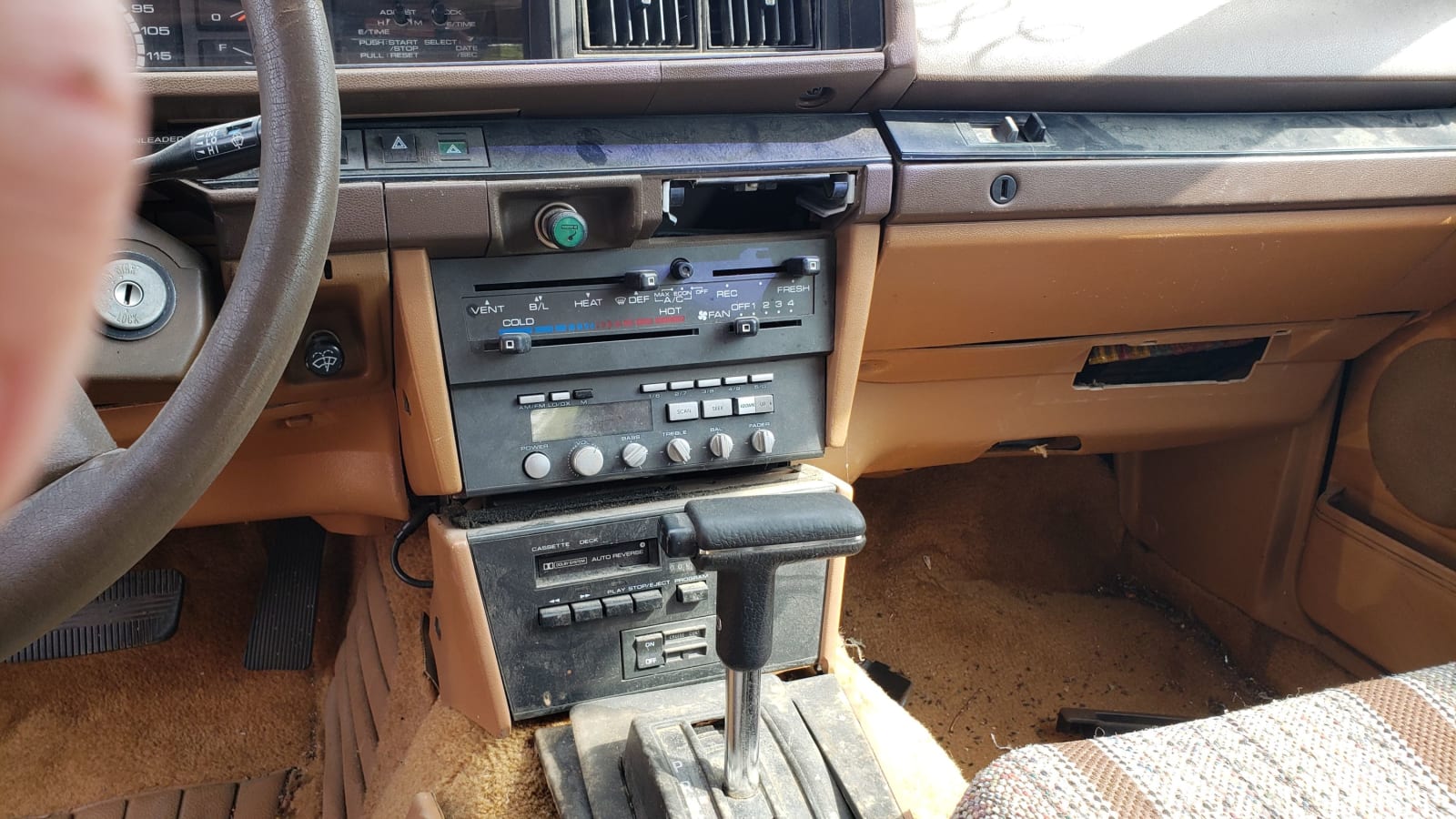 Plenty of these Maximas came with manual transmissions, but this one has the luxurious automatic that 1984 American car shoppers preferred in wagons. 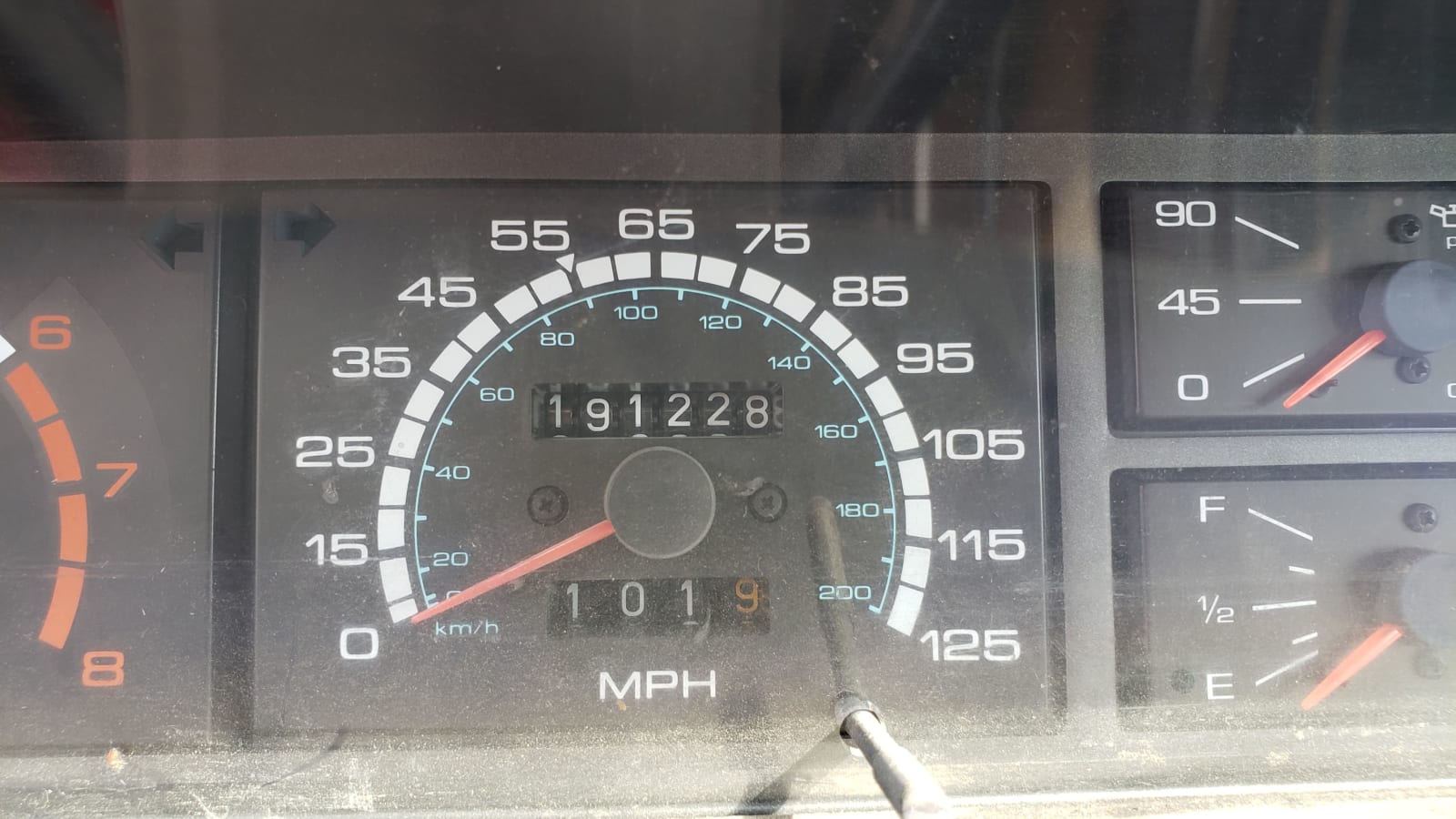 Just over 190,000 miles on the odometer, which takes it into Toyota Cressida territory. 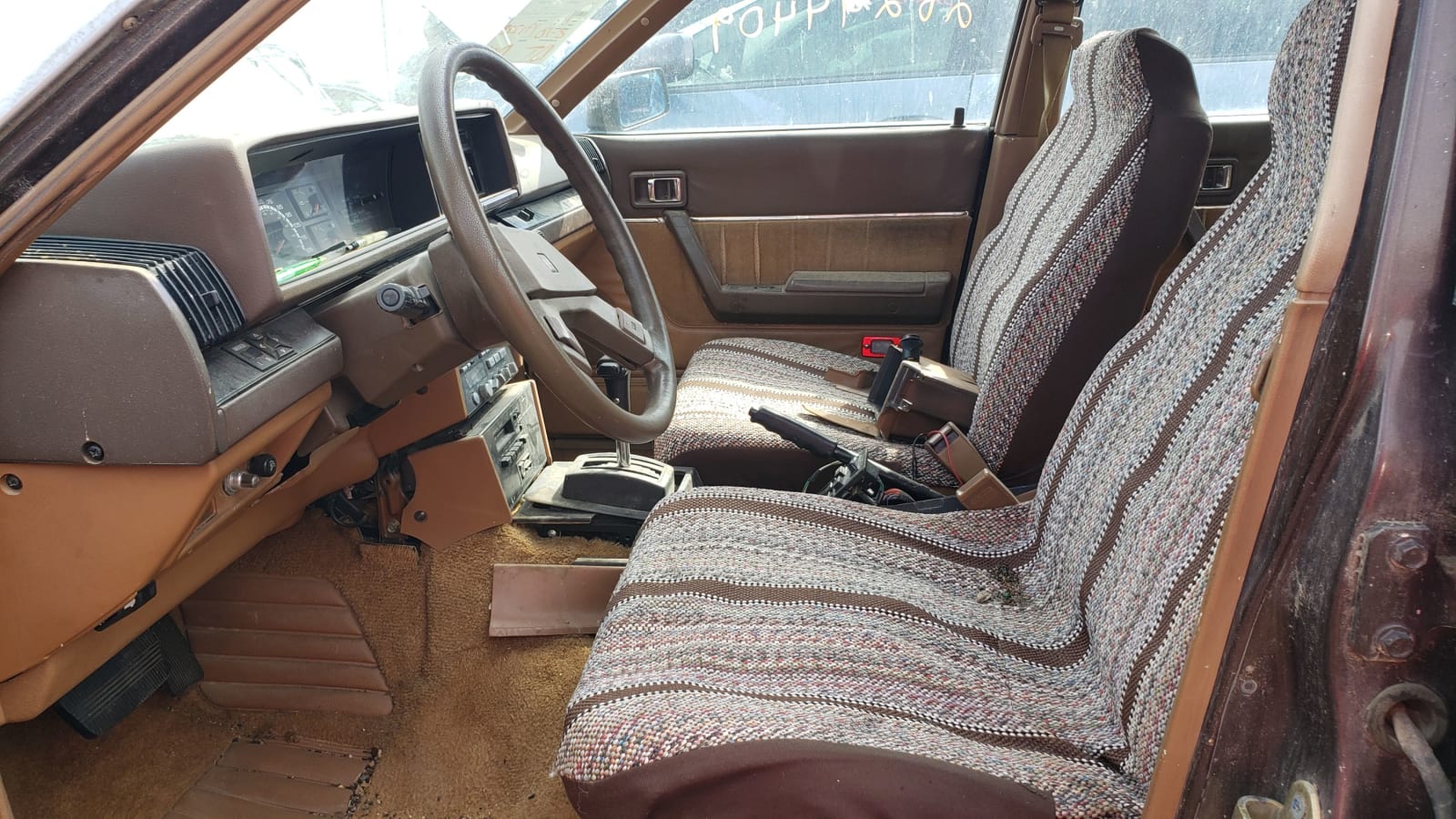 The interior became pretty crispy in the hot, dry Colorado climate, but this car must have been well-cared-for to live to the age of 36. 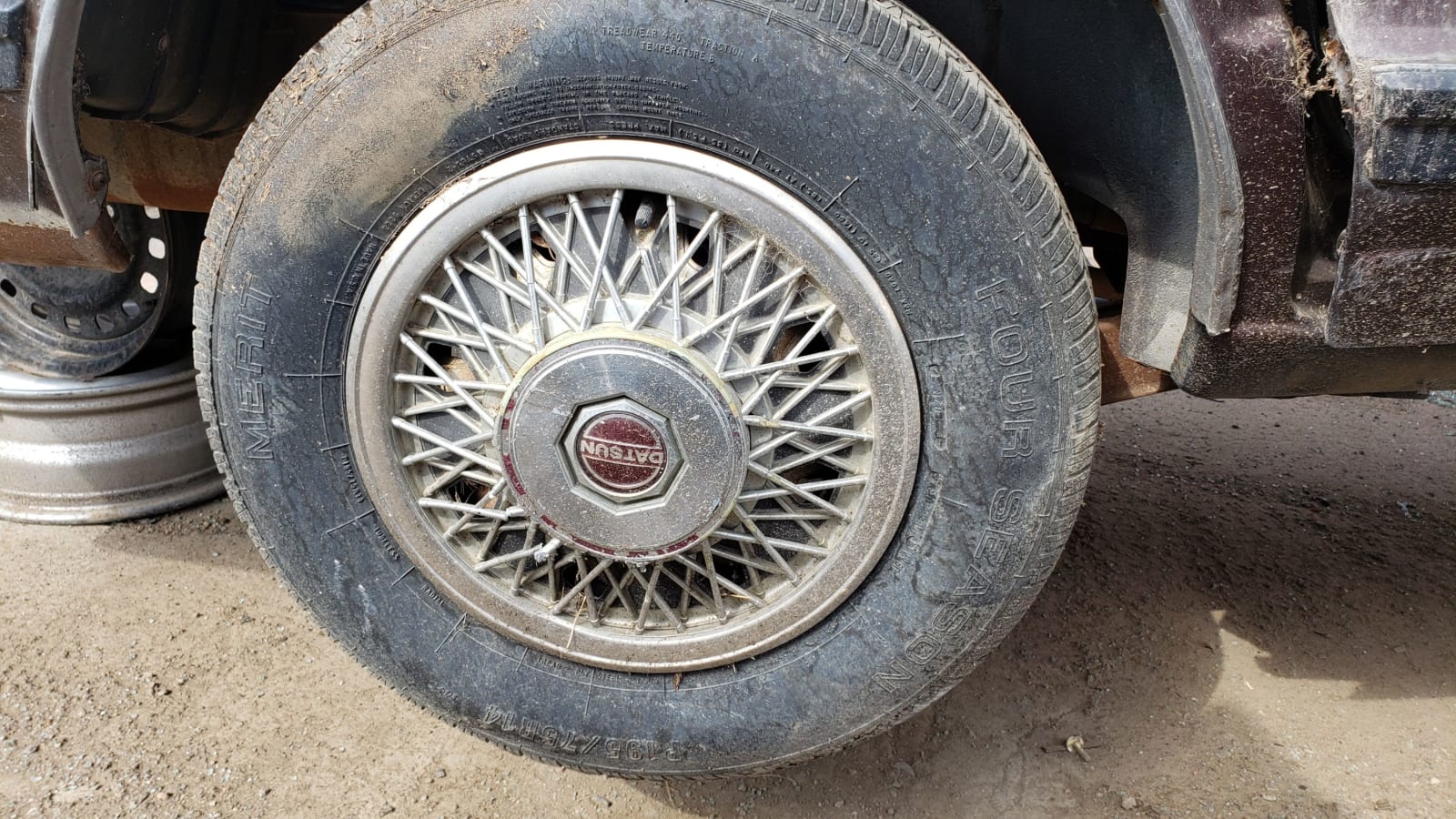 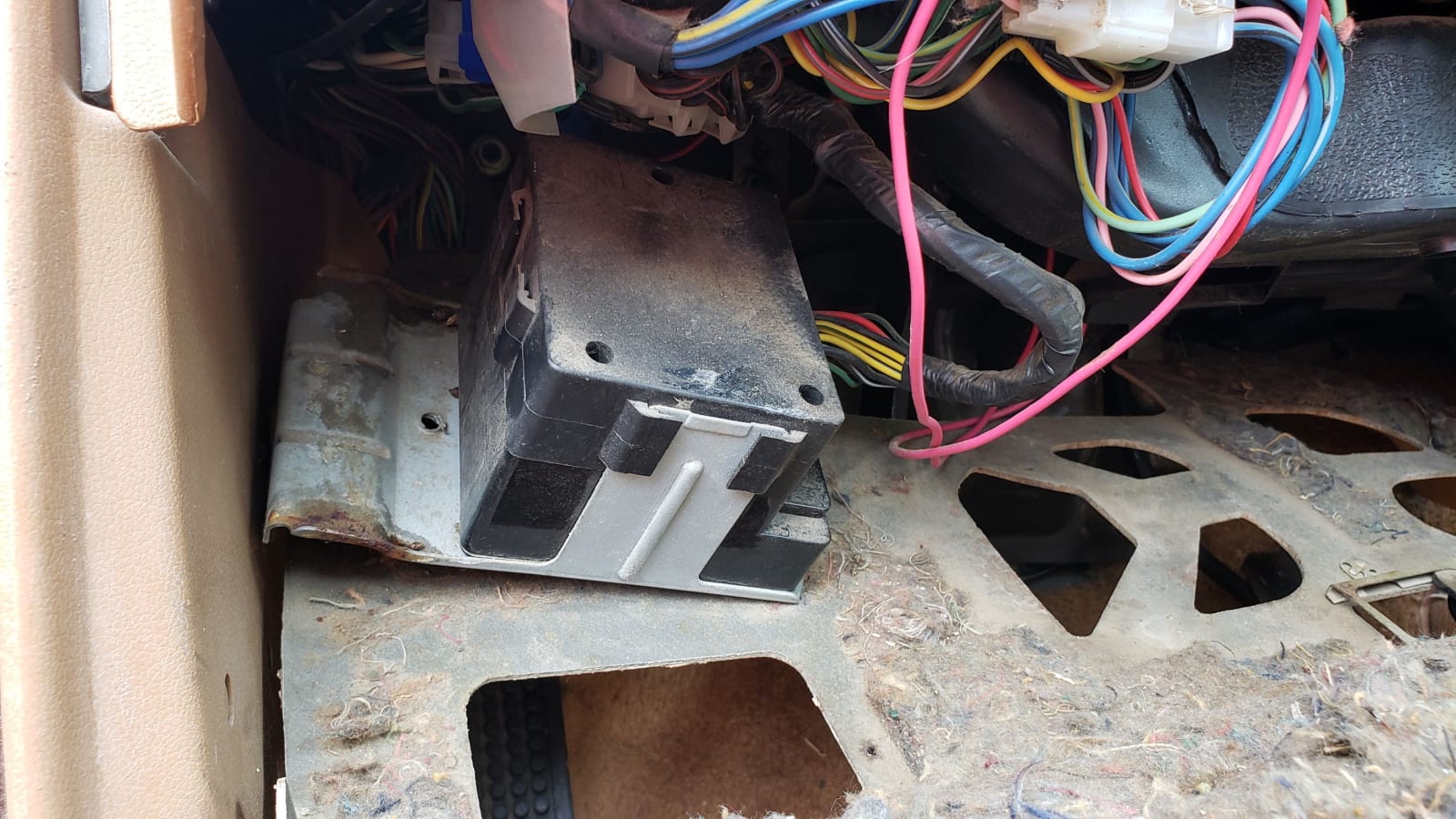 1984 was the final year for the “talking car” system that used a tiny phonograph record to play announcements for the driver, and the box that accomplishes this technological marvel lives in the driver’s-side footwell. 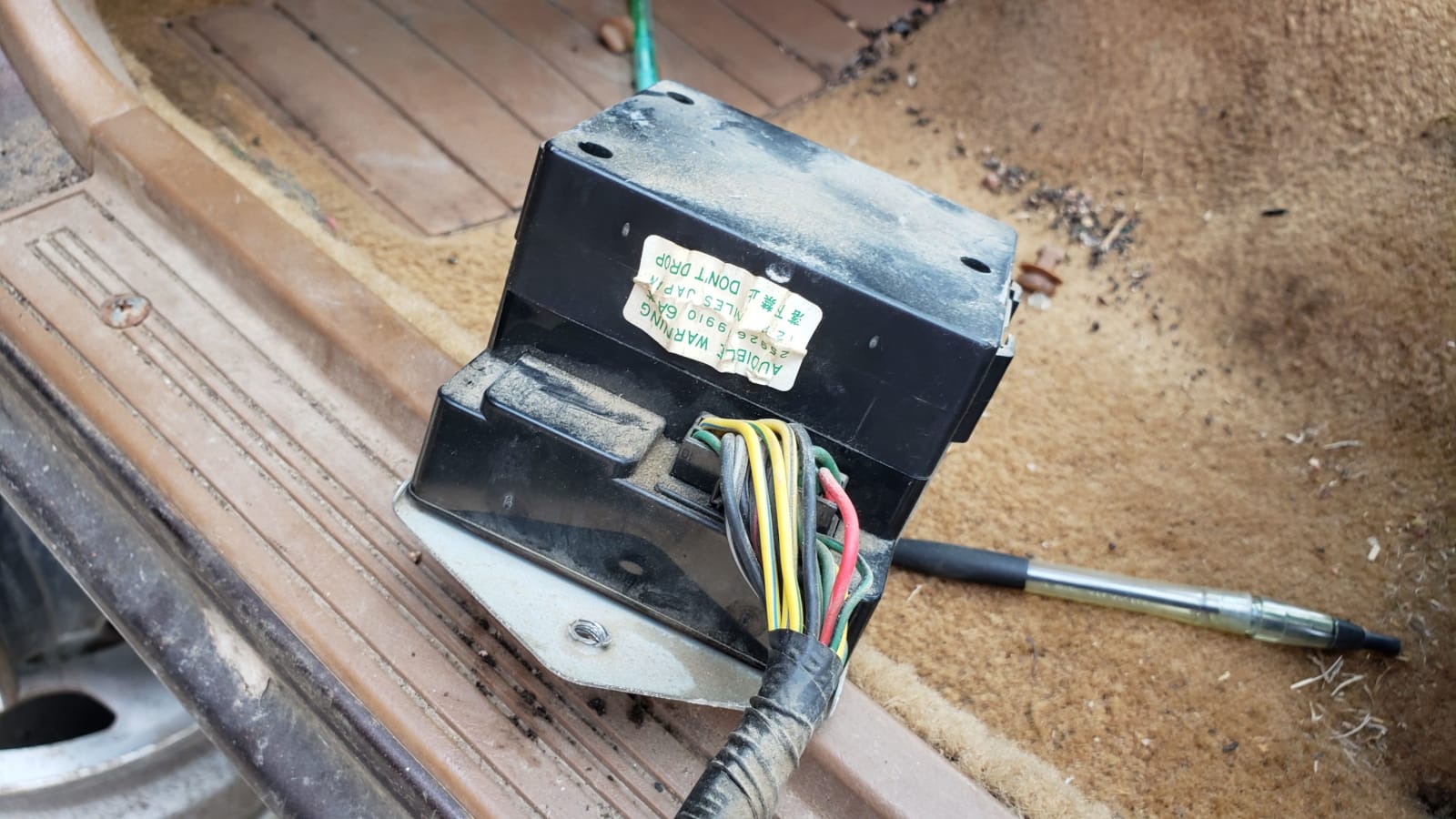 Did I extract and purchase this “AUDIBLE WARNING” box for my collection? You know I did!

Outside of North America, this car was known as the Bluebird 910. In Australia, American-born basketball player Reggie Biddings pitched the Bluebird wagon as a car that had the room he needed plus a great sound system.

In 1984, Nissan was working on cars that ran on hydrogen and electricity. Major motion!