Like it or not, the BMW iNEXT (likely to be named some variation “iX”) is one of the brand’s most important upcoming cars. Not only will it be an all-electric crossover, which are in high demand at the moment, but it will also be BMW’s most technologically-advanced vehicle. In these new spy photos, though, it actually turns out that it might also be one of BMW’s most interesting looking vehicles. (We don’t own the photos, so check ’em here)

In these new photos, we get what may be the best look at the iNEXT we’ve seen thus far and it actually looks rather interesting. At the front, we see very slim, stylish headlights that looks sleek and modern. We also see very tall, skinny kidney grilles, which are similar in height to those found on the new M4. While they don’t seem as brash as they do on the 4 Series, they’re actually a bit more offensive because they’re not necessary. There’s no engine, so there’s no need for such massive grilles. They’re just there for style and the style isn’t good. 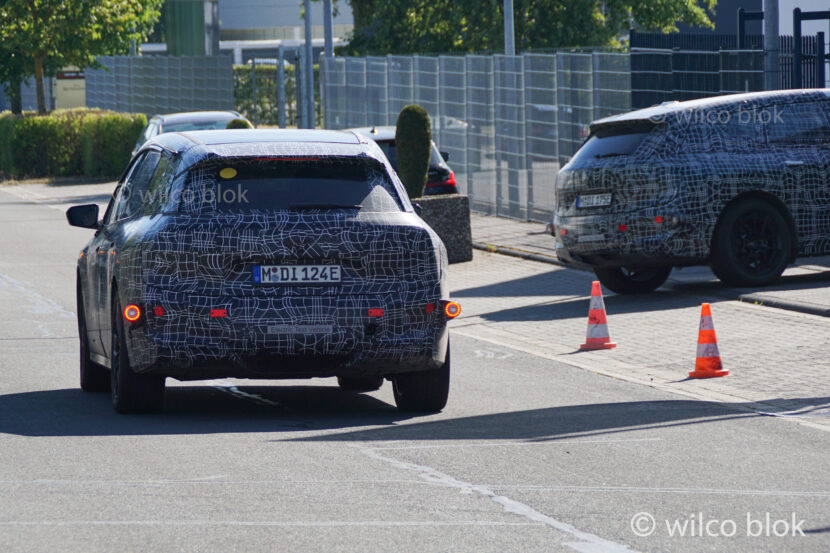 Toward the back, an interesting take on BMW’s iconic Hofmeister kink seems to be present on the C-pillar. There seems to be a little chunk taken out of it, as there will likely be some sort of badging there of some kind.

It also gets some new aerodynamic wheels, which actually look pretty good. They have a modern, futuristic, pragmatic design to them that I actually really like.

Overall, I think the BMW iNEXT is going to be a pretty decent looking crossover. It has good proportions, short overhangs, a more traditional shape than something like the i3, a potentially cool Hofmeister kink and some nice headlights. Its grille will be annoyingly large but, who knows, maybe BMW can better integrate it this time. Only time will tell.