The mid-engine 2020 Chevrolet Corvette may still be rare in the wild, but race sim fans can take the C8.R race car for a spin in iRacing starting this week. Dedicated racers can purchase and campaign GM’s latest world-class GT Le Mans racer in the iRacing IMSA Online SportsCar Championship.

While the C8.R is technically similar to the road-going C8 Corvette and they share many components, the powertrain is not one of them. The C8.R’s 5.5-liter flat-plane-crank V8 sends 500 horsepower and 480 pound-feet of torque to the rear wheels through a paddle-shifted, six-speed sequential transmission, while the street-legal C8 makes do with a more pedestrian, 6.2-liter V8 tuned to make 490 horsepower and 465 pound-feet of torque, which is paired with a conventional eight-speed dual-clutch automatic gearbox.

The flat-plane-crank layout of the C8.R’s V8 puts it in rare company, and that engine is expected to make its way under the hood of the forthcoming, street-legal C8 Corvette Z06. In that application, it is expected to produce significantly more power than it does in the race car. The road-legal variant of the engine is rumored to boast a 9,000 RPM red line, but GM has remained mum on the track-focused model’s performance targets.

“Corvette Racing is on a roll this season with the C8.R, and we are excited for iRacing fans to experience the exhilarating mid-engine performance of this car in the virtual world,” said GM motorsports boss Jim Campbell. 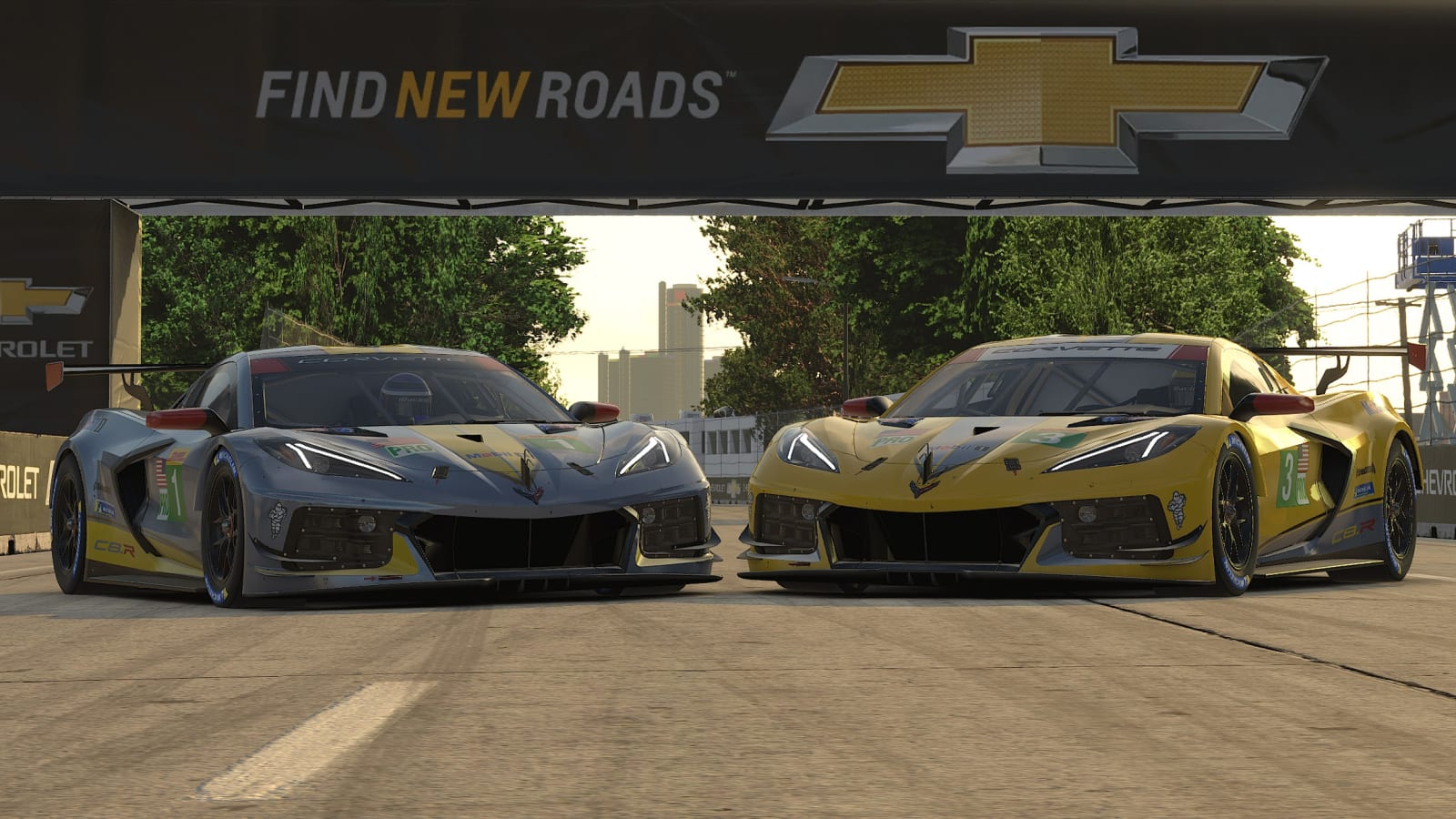 “We’re excited to continue our long-standing relationship with Chevrolet as we welcome the Corvette C8.R to iRacing,” said iRacing VP Steve Myers. “The C8.R has already proven to be incredibly popular in the real world, and our users have been requesting it ever since it made its public debut last year.”

If you’re itching to get some time behind the wheel of a C8 and digital substitutions don’t quite do it for you, there are other options, but they’ll set you back quite a bit more than the cost of an iRacing subscription. Plus, you have to get yourself to Kentucky. Who wants to deal with that in the middle of a pandemic?