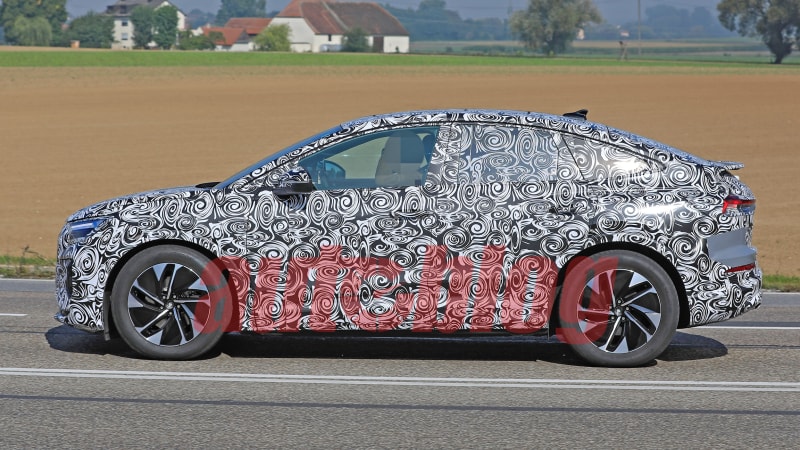 Audi’s new Q4 Sportback E-Tron has been spied in the wild. This slick-back coupe-style electric crossover is the sawed-off version of the standard Q4 E-Tron model, and they represent expansion of Audi’s electric nameplate downward from the standard E-Tron SUV into the compact crossover segment.

The Q4 E-Tron lineup will share Volkswagen Group’s modular electrification platform (MEB) that will underpin the vast majority of its electric cars in the future. An 82-kWh battery sits under the floor, and Audi claims it will provide about 280 miles of range when rated on the WLTP standard. Two electric motors — one for each axle — make a combined 302 horsepower and 339 pound-feet of torque.

Maximum charge speed is capped at 125 kW, which gets you from zero to 80 percent in a smidgen longer than 30 minutes. Because Quattro all-wheel drive is Audi’s signature, the Q4 E-Tron will power both axles, which is not expected to be standard on the ID.4.

We’ve seen Audi’s Q4 E-Tron concepts in both standard “SUV” and Sportback form, so we already have a pretty solid idea of what to expect from Audi’s new electric crossovers. As its name suggests, it should slot in between the Q3 and Q5 size-wise, with exterior dimensions likely leaning toward the former and interior space more closely resembling the latter thanks to the packaging advantages afforded by an EV-ready platform.

Since the Sportback is effectively a crossover-coupe, it will boast an aggressively tapered fastback-like look similar to that of the BMW X4 and Mercedes-Benz GLC-Class Coupe, but sporting Audi’s more angular and chiseled styling.