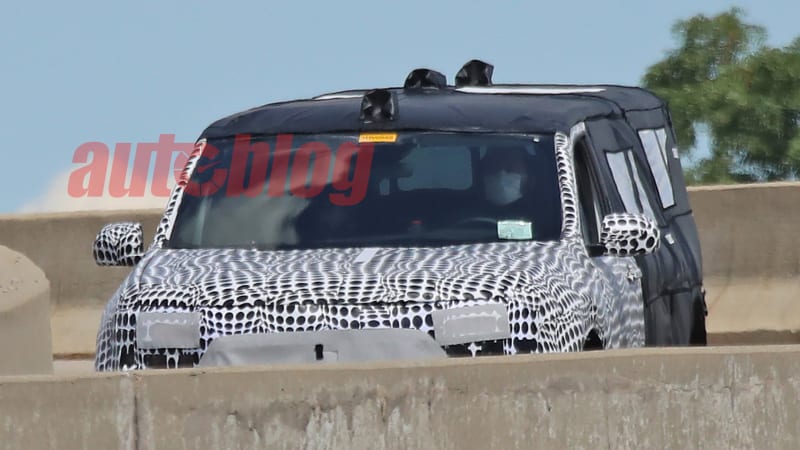 A fresh round of spy photos has outed the new Ford Maverick — a new pint-sized pickup based on the Ford Escape and Bronco Sport platform — thanks to a photo that clearly shows the little utility vehicle’s sliding rear cab window.

The mystery prototype was initially caught running around Southeast Michigan back at the beginning of August, and thanks to Ford’s extensive (and clever) camouflage, it played the part of a three-row crossover mule, perhaps even a replacement for the aging Ford Flex. A closer examination of the prototype’s finer details, however, revealed it for what it really was: a pickup in disguise.

Since, rumors have pointed to the Maverick effectively playing the roll of a Transit Connect pickup variant, which makes sense given that the aforementioned van rides on what is otherwise a fairly nondescript, front-wheel-drive platform.

What the Maverick would effectively do is fill the role abandoned by the old, compact Ford Ranger pickup. While the Ranger nameplate has returned, it’s on a much larger pickup that competes with the rest of the midsize pack, including the Toyota Tacoma, Chevrolet Colorado and Nissan Frontier. The old Ranger, by contrast, was a true compact, and was a hit with buyers who wanted something small, relatively efficient (by pickup standards, mind you) and inexpensive, which that old, body-on-frame chassis executed on pretty well.

Since its demise, utilitarian pickup shoppers have largely gravitated toward the Nissan Frontier which, while certainly inexpensive compared to the competition, is a bit too large to fill the physical void left by the old Ranger.

From all appearances, Ford is looking to recapture that market. We shouldn’t have to wait too long to find out. Rumors suggest we could see the Maverick as soon as next year.