Ford has hit the ground running with its 2021 Bronco marketing machine, but if these spy photos are anything to go on, there’s still plenty of development going on behind the scenes. Our spies claim this beefy prototype is the first development mule for a future Bronco-based Raptor model. Whatever it is, it’s certainly far more robust than any Bronco variant we’ve seen to date.

For starters, there’s the track width. The mocked-up flares on this prototype’s fenders appear to be at least an inch or two wider than the stock flares (visible beneath the camouflage from some angles) on each side to better accommodate those huge BFG all-terrain tires. This sucker is much girthier down low than any of the garden-variety Broncos. And remember, the Bronco Wildtrak’s track width is already 66.9 inches — just 0.4 inches narrower than the Ranger Raptor. 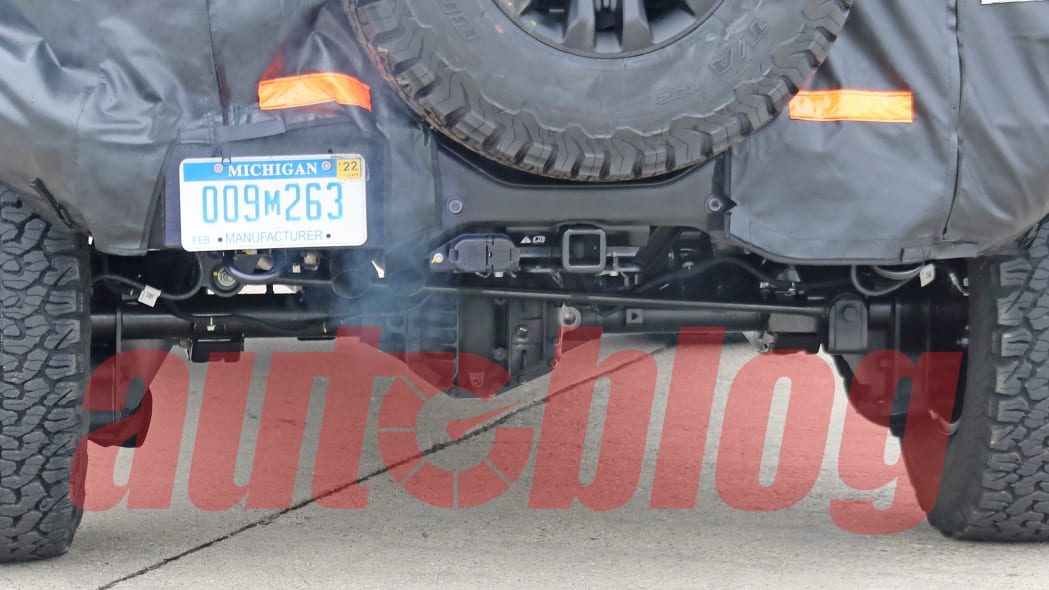 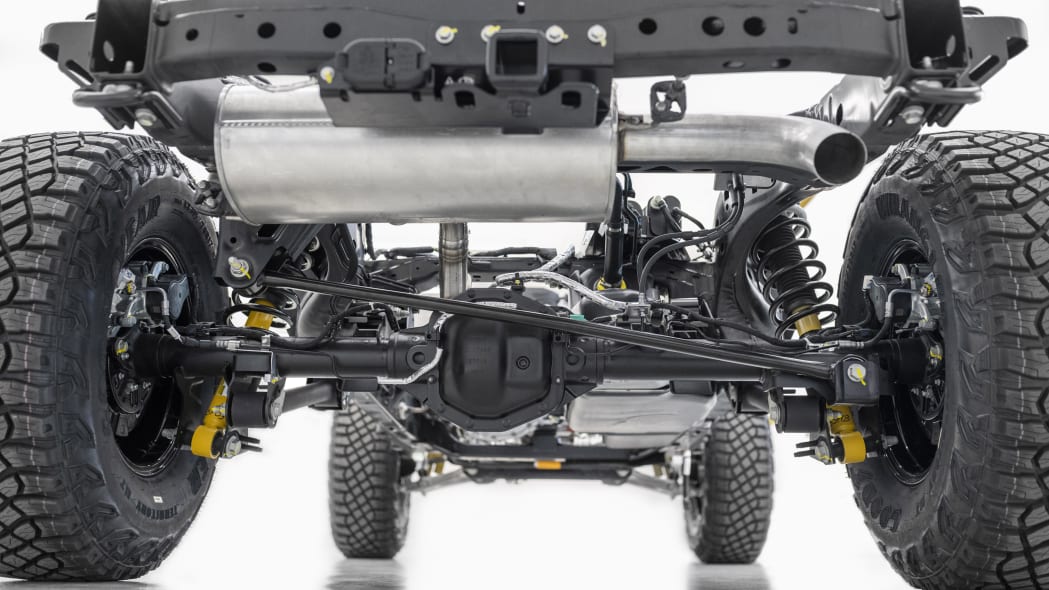 And then there’s what’s underneath. There’s a whole lot going on under here, from the much beefier rear axle to the heavily gusseted suspension brackets, this is clearly a far more robust setup than the factory Bronco’s (shown at right). Everything here is where we’d expect it to be, only dialed up to 11.

The 2021 Ford Bronco shares quite a bit of its chassis with the Ford Ranger pickup, which has a Raptor variant sold overseas. Conveniently, the Bronco makes use of the Ranger Raptor’s coil-spring rear suspension, meaning Ford Performance has already had a crack at engineering a rear end that can handle the abuse expected to be inflicted on Raptors by their owners.

What remains to be seen is whether a) this prototype is destined for production or b) Ford will retain the “Raptor” moniker for its new Bronco sub-brand if it is. Call it what you want, folks, just make it happen.