Earlier this year, Playmobil released a Back to the Future–themed toy set with a modified DeLorean time machine, Doc and Marty figurines, and even Einstein the dog. It’s an awesome set at a not-outrageous price. Now Playmobil is teaming up with Volkswagen to release some less futuristic but still extremely cool car models: the VW Beetle and a classic split-window Type 2 Bus. 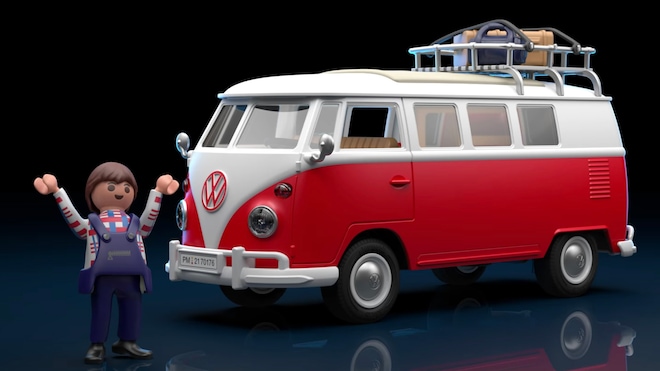 The bus, interestingly, isn’t a fancy Samba variant with 20-plus windows, but rather the basic 11-window design. It features cool dog-dish wheel covers, a sturdy-looking roof rack loaded with gear, and what appears to be a roll-back cloth roof—whether it functions isn’t clear. The red-and-white two-tone paint looks great, and clearly the little Playmobil person in the photo above is jazzed about the whole thing.

Meanwhile, the Beetle looks to be of roughly the same vintage as the Bus, sporting another roof rack and cloth top, with luggage and a surfboard up top. It’s painted a lovely shade of baby blue, and the Wolfsburg emblem is present on the hood. Both color schemes, we should point out, mimic those of the LEGO Creator kits for the same classic bus and Bug. Of course, there is barely any assembly required here. 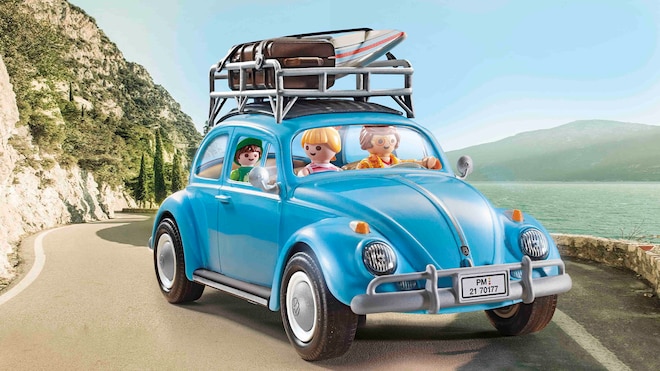 There’s no word on pricing or availability yet, but we assume these are headed our way. Playmobil also hints there might be other collaboration toys in the future. 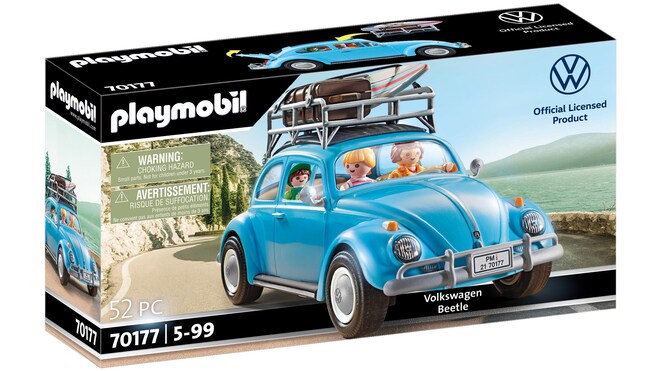