Skip to content
Latest News
McLaren’s hybrid sports car looks similar to the current Sports Series
These anti-Prime Day deals are from anywhere but Amazon
Plush $161,550 SUV has Bentayga, Cullinan in its sights
2021 Mercedes-Maybach GLS pricing, specifications announced
Prior Design Has the Solution for the new BMW M4 Grille


For some time now, we’ve known that an all-electric BMW 7 Series is currently in the works. Spy photos and rumors have been swirling for a while now, so we know an electric 7er is on the way. Now, though, we know that BMW is at least working on a plan for an electric X7, dubbed the BMW iX7.

According to a recent report, there are official design proposals that have been seen by the board. None of them have been approved just yet but proposals for such a car have been made. So the engineers and designs at BMW already have an idea of what the BMW iX7 could be, if it ever gets the green light.

If given said green light, the BMW iX7 would set alongside the upcoming iNEXT as another all-electric SUV. While the iNEXT will be a two-row SUV, the iX7 will be a true, three-row, seven-passenger SUV. It would also look similar to the BMW iNEXT, with a more spacious shape designed to prioritize passenger space. It could also borrow some styling cues from the actual BMW X7, to keep some sort of familiarity, such as the large front kidney grille. 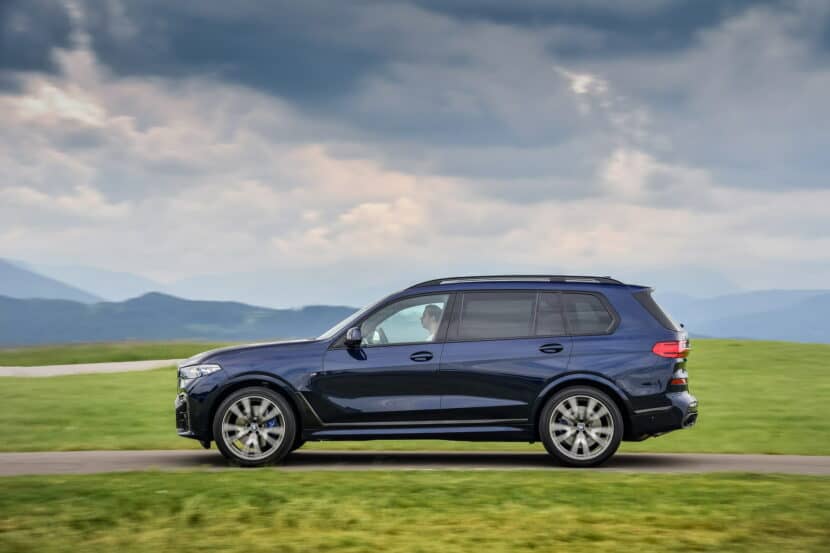 Admittedly, even if the BMW iX7 is green-lit, it won’t be developed for some time. This report claims a 2025 release date, so it’s too early for there to be any actual concrete information on the car. As the report states, design proposals have been drawn up and seen by BMW brass but nothing has been approved. Considering design proposals are rather broad, the iX7 is subject to change drastically throughout the process of development, if such a process ever actually takes place.

There’s no guarantee that a BMW iX7 ever makes it to production of BMW is thinking about it and we all know how much the suits in Munich love profit-rich SUVs. Especially EV ones.