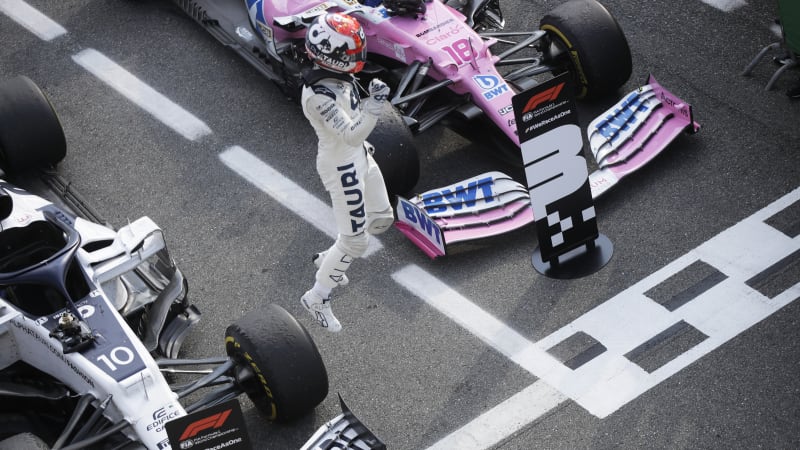 MONZA, Italy — AlphaTauri driver Pierre Gasly claimed an unlikely victory at the Italian Grand Prix after a thrilling race which saw world champion Lewis Hamilton given a 10-second penalty and both Ferraris fail to finish at their home circuit on Sunday.

It was Gasly’s first-ever win in Formula One. The 24-year-old Frenchman finished 0.415 seconds ahead of McLaren driver Carlos Sainz and 3.358 ahead of Racing Point’s Lance Stroll on a surreal-looking podium. All three drivers had never won a race and each had only one top-three finish to their name.

Hamilton appeared on course for a comfortable victory from pole position but he was given the stop-go penalty for entering the pit lane when closed.

Ferrari’s abysmal weekend continued as Sebastian Vettel had a brake failure on Lap 7 and he limped into the pits with his right-rear brake disc in flames. It was the four-time champion’s first DNF at Monza in his 14th start.

His teammate Charles Leclerc had made it into fourth but lost the rear of the car under acceleration through Parabolica on Lap 25 and crashed into the barriers, causing the race to be red flagged.

By that time Hamilton’s penalty had been announced. Hamilton had pitted immediately after the safety car had been deployed after Kevin Magnussen broke down but was unaware the pit lane was closed as the marshals recovered Magnussen’s Haas.