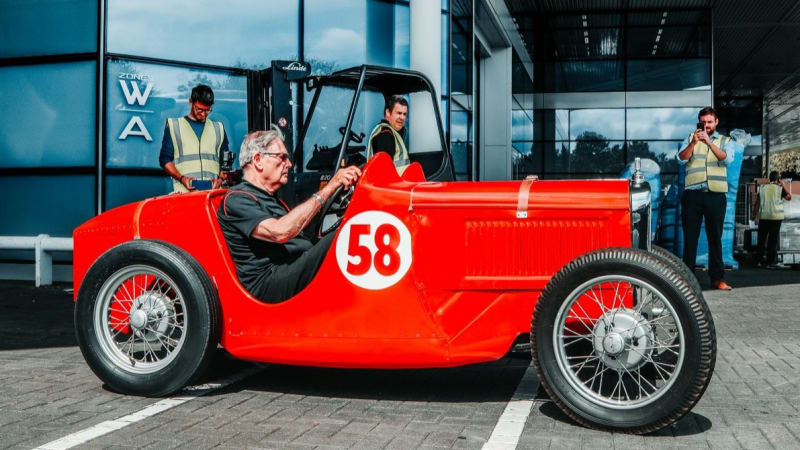 MONZA, Italy — McLaren is paying tribute at the Italian Grand Prix to its longest-serving team member, Ray ‘Tex’ Rowe, as he heads to retirement after 55 years with the former champions.

The team’s Formula One cars have Rowe’s name and length of service on the top of the chassis, in front of the halo head protection device.

Rowe, now 82, joined the team founded by New Zealander Bruce McLaren in 1965 as employee number eight after moving from Cooper to set up work in a shed in the London suburb of New Malden.

A big thank you to Ray ‘Tex’ Rowe, our longest serving employee, and the team for helping to fire up Bruce’s Austin 7. pic.twitter.com/T9ilg8Fnbj

McLaren Racing chief executive Zak Brown spoke in a note to staff about the history Rowe, whose nickname came from a love of old Western films, had helped build.

“He shared many all-nighters with Bruce himself, preparing for McLaren’s inaugural grand prix at Monaco and building our first grand prix car to compete in the 1966 Formula One championship,” said the American.

“He cites the death of Bruce in 1970 as his lowest time at McLaren and still sees Bruce not only as the greatest driver, engineer and mechanic that ever graced the race track, but also someone who touched and instilled the will to win in everyone he encountered like no-one he has met since.”

Rowe was employed most recently in the transmission department, working two days a week since 2007 and with his last day on Aug. 27.