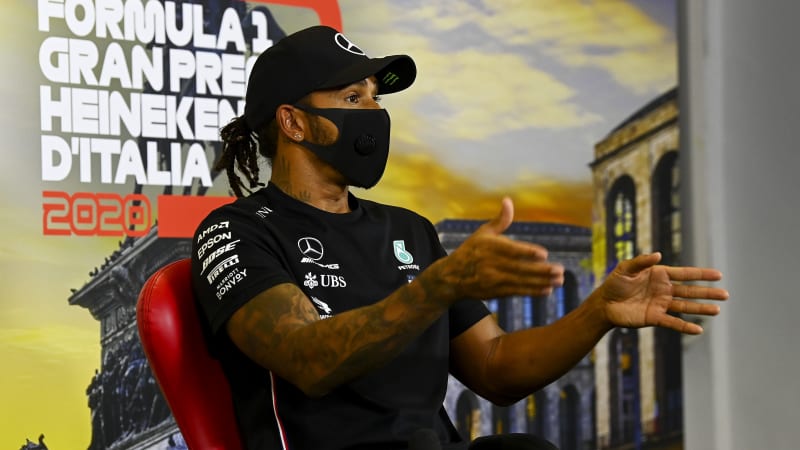 Formula One world championship leader Lewis Hamilton spoke on Thursday of loneliness and the “difficult days” of racing in a COVID-19 bubble, but said it was important to be open about it.

The six-time champion, one of the world’s highest paid athletes, has won five of seven races in a rescheduled season that started only in July due to the pandemic.

The 35-year-old Mercedes driver had posted a message on social media earlier explaining how there were two sides to him, one the “cut-throat hungry racer” and another who was “figuring life out, day by day.”

Hamilton explained that he was having difficult days, particularly in the bubble all teams have to operate in at races without spectators.

Asked at the Italian Grand Prix about those comments, and his reference to loneliness, the Briton said he was just being honest.

“I think as competitors, it’s not the first thing you think of doing, being open and expressing yourself,” he told reporters in a video conference at Monza.

Hamilton said he wanted to create parallels fans could relate to, since they could not experience what it was like to drive his car.

“We arrive, and you’re on the TV for three days and it all looks pretty good, but the fact is you only see the tip of the iceberg. There’s all the stuff that goes on in the background,” he added.

“So that’s what I was just trying to convey — that’s its OK to have the difficult days, they’re the growing days.”

Hamilton, who is two wins away from equalling Michael Schumacher’s all-time record of 91, said the pandemic had at least given him time to focus on communication and having a deeper relationship with his family.