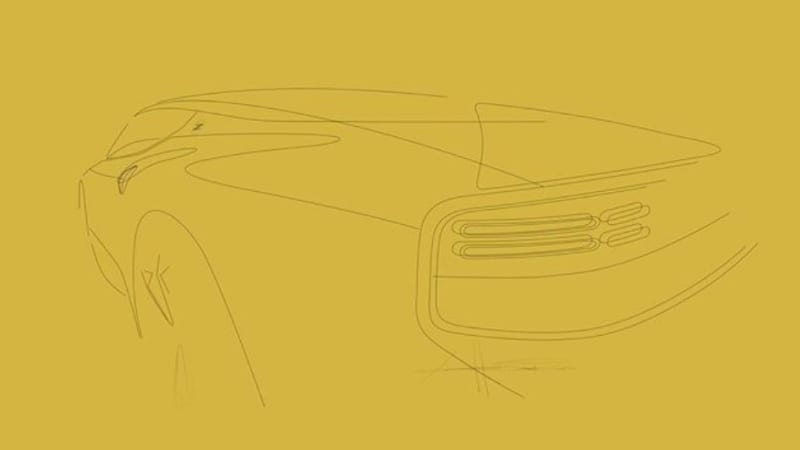 Nissan is preparing to unveil the next-generation Z as a close-to-production concept, and its designers are just as excited about the coupe as its fans. Alfonso Albaisa, the firm’s vice president of global design, published a sketch that confirms the model’s rear end will wear a not-so-subtle tribute to one of the most overlooked Z cars.

Posted on Instagram, the image stops short of revealing the Z’s design but gives us a good look at its back end. And, as we reported in early 2020, the rear lights are four-piece units shaped like the ones worn by the Z32-generation 300ZX built from 1989 to 2000. They look thinner and longer, but the connection is unmistakable.

His sketch also shows the Z’s fast-sloping roof line, which is strongly reminiscent of the original model’s, and the heritage-laced Z emblems mounted directly behind the small rear side windows. The door handles look like they’re mounted vertically, like on the current-generation 370Z. And, images released in May 2020 revealed the coupe will feature a long hood, a low nose, and a pair of LED headlights that each form a circle. It’s not full-on retro like the Fiat 500 and the Volkswagen New Beetle, but stylists forged several clear links to the past.

“Projects with huge meaning do not come every day,” proudly declared Albaisa on Instagram. He noted the 300ZX holds a special place in his heart because it was the second clay model he saw during his first visit to Nissan’s design studio in Japan. About 31 years later, he was given the honor of reinventing the celebrated Z for the 2020s. He also worked on the 350Z, so we trust that he knows not to dilute the attributes that make the Z special.

Nissan will introduce the next-generation Z as a prototype on September 16. Unverified reports claim it will wear the 400Z nameplate and land with a twin-turbocharged V6 engine tuned to develop approximately 400 horsepower, but the company is keeping technical details close to its chest. Rear-wheel drive will come standard, of course, and what’s nearly certain is that the coupe will not offer any degree of electrification when it goes on sale.

Stylists and engineers will work hand-in-hand to transform the prototype due out halfway through September into a production car that’s tentatively scheduled to make its global debut in 2022. Sales might not start until 2023, meaning enthusiasts who want to put one in their driveway will need to be patient.