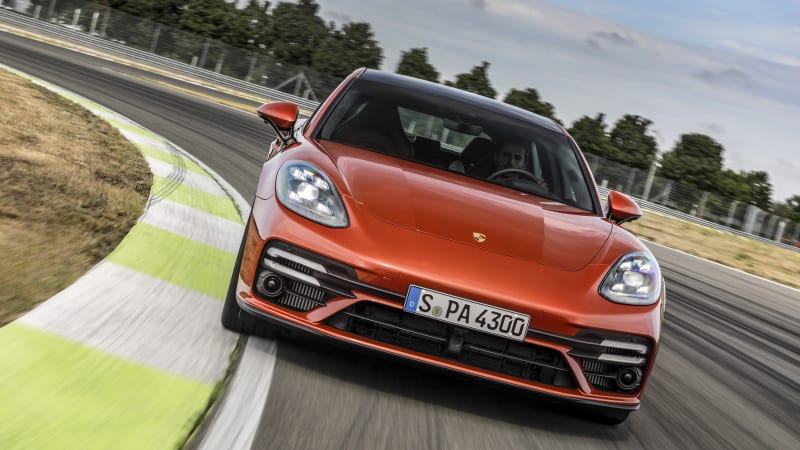 We’ve heard rumors, murmurings and reports alluding to a Porsche Panamera-based coupe since the first-generation model made its debut in 2009. Although they haven’t materialized yet, and we haven’t even seen the two-door as a concept, a spokesperson for the company confirmed the modern-day 928 remains on the table.

“We have not finally decided yet. We have been discussing this topic for several years, as you could imagine, since our competitors also have two-door cars. We’re not finally ready yet to decide whether to do this or not,” said Thomas Friemuth, vice president for the Panamera product line, in an interview with Which Car.

If launched, the model would likely arrive as a front-engined coupe with a 2+2 seating layout. Whether it would wear the Panamera nameplate depends on if Porsche simply chops the sedan’s wheelbase and removes the rear doors, or if it gives the car its own design. Either way, it would pick up where the 928 left off in 1995.

Global demand for coupes and convertibles dropped significantly during the 2010s, which makes Porsche’s business case challenging. Mercedes-Benz offers two-door variants of the current-generation S-Class, but they’re a tough sell — and the company confirmed they will not be replaced when the next-generation sedan arrives. BMW has resurrected the 8 Series to represent in the segment, but the four-door Gran Coupe outsells the coupe and convertible models by a wide margin. It confirmed the two-door M8s will sit out the 2021 model year.

“We have quite a nice two-door car in our program … it’s called 911,” Friemuth said.

He also confirmed the Turbo S E-Hybrid will return to the Panamera range in the coming months. Porsche didn’t detail it when it announced the changes it’s making to the car for the 2021 model year, but more information will emerge in September 2020. We expect the Turbo S E-Hybrid will receive a bigger battery pack, and Friemuth strongly hinted the plug-in hybrid drivetrain will put more power under the driver’s right foot.

Which Car learned the electric motor in every hybrid Panamera will develop 134 horsepower, meaning the next Turbo S E-Hybrid could deliver a 754-horsepower punch if it receives the 620-horse V8 that powers the non-electrified Turbo S announced in August 2020. If that’s accurate, the model will earn the honor of being one of Porsche’s most powerful street-legal cars. It would even top the 690-horsepower 911 GT2 RS.

Electrification won’t allow the Turbo S E-Hybrid to beat the Nürburgring time set by the Turbo S, however.

“The Turbo S E-Hybrid, on a track like the Nürburgring, will not be faster. It has more horsepower, but in terms of the weight of the car, at the Nürburgring, the conventional Turbo S is faster. This can differ from racetrack to racetrack,” Friemuth said.

Additional information about the 2021 Porsche Panamera lineup will emerge in the coming weeks. The short- and long-wheelbase sedans and the Sport Turismo station wagon will arrive in American showrooms in early 2021. Meanwhile, crosstown rival Mercedes-AMG is preparing to fire back with its own hugely powerful plug-in hybrid drivetrain, which will power the GT Four-Door. It even hinted it wants its Nürburgring bragging rights back.