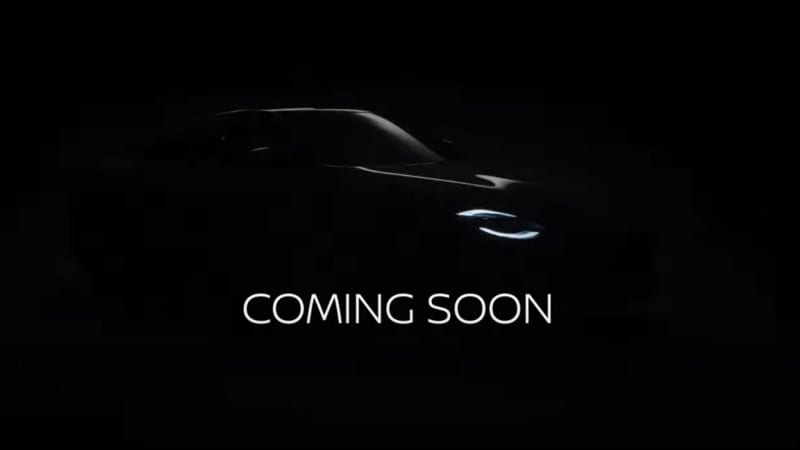 This is a public service announcement: Nissan is still working on a replacement for its ancient Z sports car, and that replacement is coming … soon? The prototype itself will be revealed on Sept. 16, Nissan says, but as for when we’ll see the real thing? Well, we’ll come back to that.

First, let’s check out this video Nissan posted to its YouTube channel this morning. Packed with footage of Z cars from Nissan’s past, the “teaser” doesn’t really tease anything new about the forthcoming Z, but Nissan treats us to a montage of clips from the Z’s 50-year history, followed by a brief audio clip of an engine revving (skip to 0:38 if you want that bit first) — proof of life, perhaps?

50 years of passion. Innovation at its core. Modern technology, with a vintage touch. The #NissanZ Proto will be unveiled Sept. 16. Stay tuned! https://t.co/TdRN3ezzxN pic.twitter.com/IJus2RTMV0

While Nissan insists that the prototype for the new sports car is coming soon, production may be a different story. While the company’s earlier roadmap suggested we could see the redesigned coupe as soon as 2021, recent reports indicate that it could be more like 2023 before the replacement goes into production.

Whenever it arrives, the new Z will undoubtedly be a breath of fresh air. Despite incremental updates, the current Z has been on sale essentially unchanged since 2009. The new car is expected to draw some heritage-themed inspiration from the 1969 Fairlady Z with elements from other, more modern Z cars sprinkled through out, such as 300ZX-style taillights. We’ve yet to see any road-going prototypes of the new car in action; the last we saw of what might be the next-gen coupe, it was still hiding under the sheetmetal of the current car.

It is also expected to boast a much better interior featuring a proper infotainment system, and perhaps even a bump in available cargo space. Under the hood, most speculation is centered on Nissan’s twin-turbocharged series of six-cylinder engines, and the name “400Z” has been floated as an indication that it will pack at least 400 ponies, with a NISMO version expected to top that, with perhaps as much as 500 horsepower.