Skip to content
Latest News
New grand tourer to be first electric Maserati
Joe Achilles Will be Spending Three Months with a BMW 420i
Harry Metcalf’s BMW X5 xDrive45e 10,000 Mile Review
The new 2021 BMW M3 Competition shows up in Sapphire Black Metallic
Still no points for BMW i Andretti Motorsport in the second race in Diriyah


Today’s big news from the BMW Group is the all-new Rolls-Royce Ghost. It’s the brand’s smallest, least expensive model but it’s also the brand’s most important. Rolls-Royce is at an interesting point in its history, as tech-billionaires and rich influencers have created an entirely new market of customers for the brand, one that it’s never had before — young people. So Rolls needs to not only update its cars but its image so as to tap into that new market for very young but very rich people. The first car it’s going to do that with is the new Rolls-Royce Ghost.

The new Ghost just unveiled this morning and it’s the brand’s most exciting new model. Unfortunately for us Americans, we weren’t able to see the new Ghost in person, during its media launch in the UK, due to the Covid-19 pandemic. Thankfully, several other UK-based publications were able to get up close and personal with the new Rolls-Royce Ghost, sit inside and poke around. So let’s take a tour of the car in this new video from Carfection. 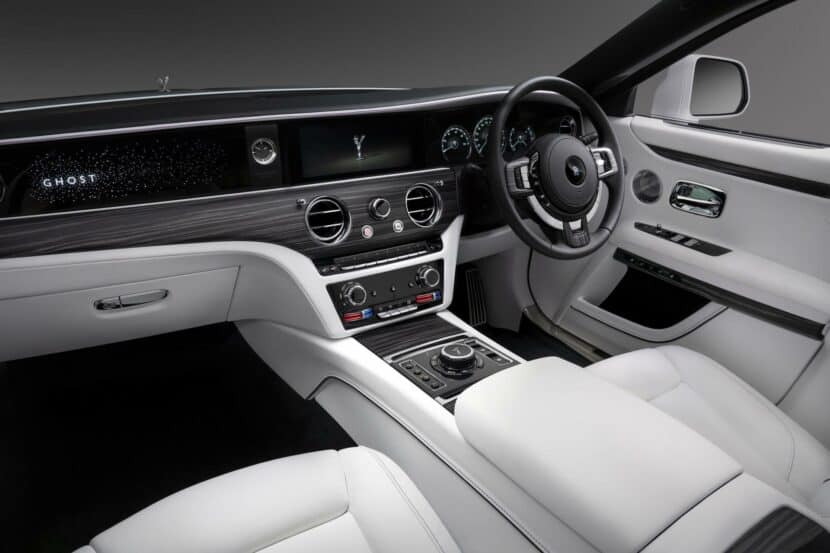 Being a Rolls-Royce, the new Ghost is at its best when you’re sat inside. The cabin is gorgeous, with perfectly handcrafted leather, real metalwork throughout and features that make even the most luxurious cars from other brands jealous. For instance, its back seat fridge has two settings; a winter and a summer setting; so as to ensure your champagne is at the perfect temperature for the season. It also has the brand’s new shooting star feature for its starlight headliner. So at random, you’ll notice a little shooting star in the LED-lit headliner.

The new Ghost might be the “baby” Rolls but it’s actually probably the best Rolls at the moment. It’s not only the newest and most modern but it’s the first Roller to be made with the brand’s new identity. So it’s been designed to be more interesting, more exciting and even more dynamic.

Personally, Rolls-Royces never really appealed to me, I’m just not into uber-luxury yacht as much as I am small sports cars. However, the new Rolls-Royce Ghost would be the Roller I’d choose. That is, if I could even afford to put fuel in on.