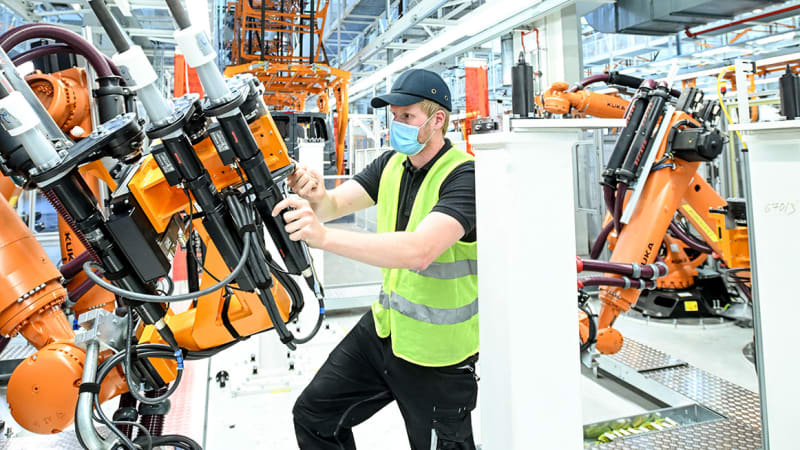 IHS Markit’s final Purchasing Managers’ Index (PMI) for manufacturing, which accounts for about a fifth of the economy, rose to 52.2 in August, crossing the 50 mark that separates growth from contraction for the second time in 20 months.

That was lower than a flash estimate of 53.0 but higher than July’s reading of 51.0. The industry has been in a slow but steady recovery since the COVID-19 pandemic forced the shut down of manufacturing early in 2020; German automotive manufacturers began to restart production in April.

Phil Smith, principal economist at IHS Markit, said the recovery was not widespread as some German manufacturers were still struggling with weak demand as economic uncertainty kept consumer interest muted.

“The encouraging top line numbers mask ongoing troubles in some sectors, especially machinery and equipment production, which is being hit by a lack of appetite for investment,” he said.

“Factory jobs continued to be lost at an unsettling rate in August, which is bad news for domestic demand,” Smith added. “However, with backlogs of work at factories on the rise, we’re at least seeing the pace of staff cuts slowing down.”