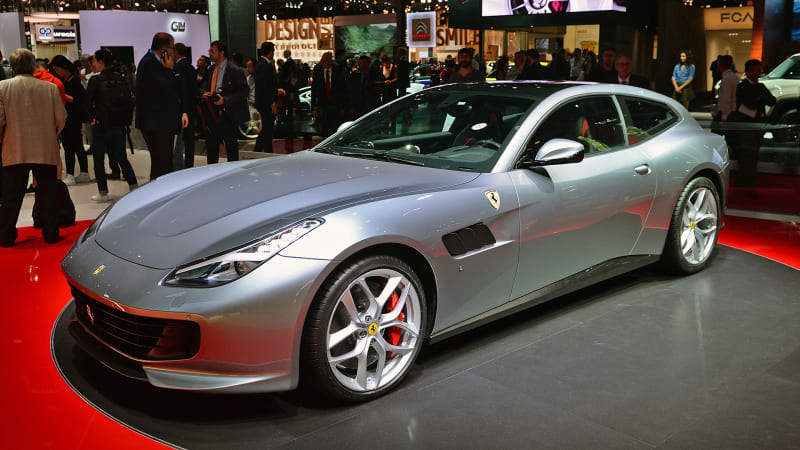 A roundabout ride of allegation, denial, and admission leads us to the news that the Ferrari GTC4Lusso has ended production. On August 25, an AllCarNews Instagram post referred to a video from Miller Motorcars in Connecticut in which a sales manager said the dealership had sold “the final Ferrari GTC4Lusso to be delivered by MillerMotorcars.” The dealer said the order books for the car had closed, leading ACN to declare the Ferrari four-seater dead. The Drive contacted Miller Motorcars, who confirmed the Blue America coupe was their last allocation. The Drive then contacted Ferrari, but the automaker “confirmed no changes to its lineup,” leading the outlet to predict “GTC4Lusso production will continue.” By that time, the Miller Motorcars YouTube video had been pulled, unsurprisingly. We don’t know what Ferrari was trying to protect, but on August 31, the Italian automaker officially declared the GTC4Lusso no more. A statement to Road & Track read, “In accordance with its five-year model strategy announced in 2017 and the company’s standard model life cycle, Ferrari has phased out production of the GTC4Lusso and GTC4Lusso T.”

So ends a tale that began with the Ferrari FF in 2011, the shooting brake breadvan what-have-you bringing a design revolution to the company’s historic lineup of four-seat GTs. As successor to the 612 Scaglietti, the FF was the brand’s first serial production car with four-wheel drive when it launched, called 4RM and utilizing two gearboxes and a bunch of electronics. The 6.3-liter V12 up front produced 650 horsepower and 504 pound-feet of torque. Top Gear, delivering an accolade no one would have seen coming the year before the FF dropped, apparently named the FF its estate car (station wagon) of the year in 2011. In 2016, the FF gave way to the GCT4Lusso, the 6.3-liter V12 upgraded to 681 hp and 514 lb-ft, the 4RM upgraded with four-wheel steering. The following year, a second version joined the range, powered by a 3.9-liter twin-turbo V8 making 602 hp and 561 lb-ft. The V8 couldn’t be had with all-wheel drive, but did get the four-wheel steering.

The last time Ferrari didn’t have a four-seater GT in the lineup was the brief intermission between the 456M and 612 from 2003 to 2004. The last real break happened in the 1990s, when the 412 ceased production in 1989 and the 456 didn’t arrive until 1992. The end of the GTC4Lusso naturally sets a flame to speculation about the Purosangue crossover. Yet interestingly — and happily, if true, for some Ferrari fans — a report in Car said the crossover “will be built alongside the next-gen GTC4 shooting brake.” That surprises us; we would have expected the Roma 2+2 and a crossover to jointly satisfy Ferrari family types.

There were suspected powertrain mule sightings of the Purosangue two years ago, another suspected mule sighting from July of this year doesn’t look much further along. Market launch isn’t expected until 2022, so it could be a while before we have hard intel or a discernible shape to break down. Thought to bring hybrid powertrains to Ferrari’s serial production lineup, Car said it’s seen development paperwork for the crossover “suggesting it’ll have a 4.0-liter V8 with electric assistance for a combined total of some 700bhp at launch.”

Of course, we’re also waiting to see if the crossover will be called Purosangue. Ferrari won’t confirm the name, obviously, but the automaker did initiate a lawsuit against a tiny Italian anti-doping charity called Purosangue — pure blood — in order to secure rights to the name. We can’t find any update on the proceedings, but the next few years will tell.