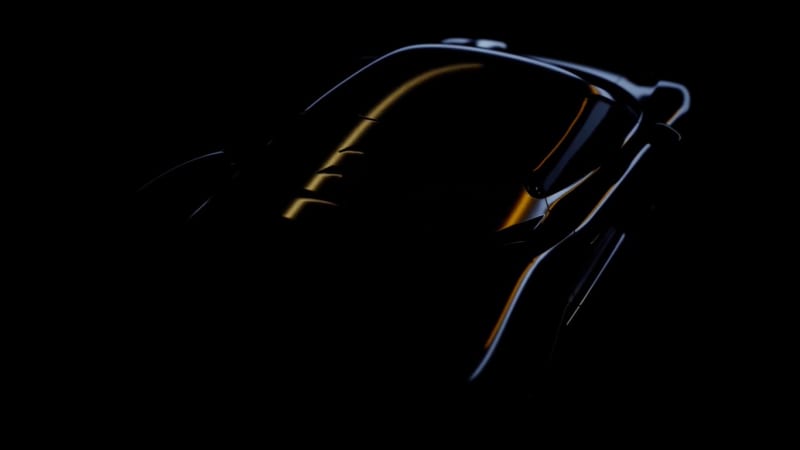 Maserati is preparing to unveil the MC20, its first new model since the Levante made its debut in 2016. It released a short video to whet our appetite before the mid-engined coupe makes its global debut on September 9.

Posted on its official Twitter account, the five-second video does an excellent job of keeping the MC20’s design under wraps, but it helps us decode what’s lurking under the camouflage. It suggests Maserati stylists don’t have a straight-edge in their arsenal of tools, because nearly every surface looks deliciously curved. We also get a quick glimpse at the vents chiseled into the hood, and at the air intakes positioned over the rear wheel wells.

Out back, the coupe will feature louvers over the rear window, according to a different video posted on the company’s Facebook page. We’d say it’s safe to bet the cabin will receive the digital rear-view mirror that’s slowly making its way across the Fiat-Chrysler Automobiles (FCA) portfolio. Louvers have never stopped carmakers from hanging a conventional rear-view mirror above the front passengers, but the MC20’s represent a golden opportunity for Maserati to flex its technology muscles. Whether they’ll be standard or optional is up in the air.

Although Maserati is trickle-feeding us clues, earlier spy shots taken near its headquarters in Modena give us a much better look at the MC20. Its proportions reveal its mid-engined layout, and even the camouflage can’t hide the low-mounted oval grille with the firm’s trident emblem. It’s a styling cue that subtly links the MC20 to the firm’s past models, like the race-winning Tipo 61 (also known as the Birdcage) built from 1959 to 1961.

Power for the MC20 will come from a 3.0-liter V6 engine developed in-house and twin-turbocharged to 630 horsepower and 538 pound-feet of torque. Called Nettuno internally, the 90-degree six-cylinder will have an 8,000-rpm redline, and it will spawn a track-only engine that will power Maserati’s future race cars.

Unconfirmed rumors claim the MC20 range will later grow to include a hybrid variant with at least 700 horsepower on tap, and a convertible. Maserati is investing significant resources into the development of electric powertrains, the next-generation GranTurismo will run exclusively on batteries, so we wouldn’t be the least bit surprised if Maserati delivers an MC20 without exhaust pipes sooner or later. We’ll know more in a little over a week.

MC20 sales will begin shortly after the model makes its debut, and deliveries are tentatively scheduled to start in early 2021, meaning it might not arrive on American shores until the 2022 model year. It will join the V8-powered Ghibli Trofeo in showrooms, but Maserati confirmed it will not sell the hybrid model in the United States.