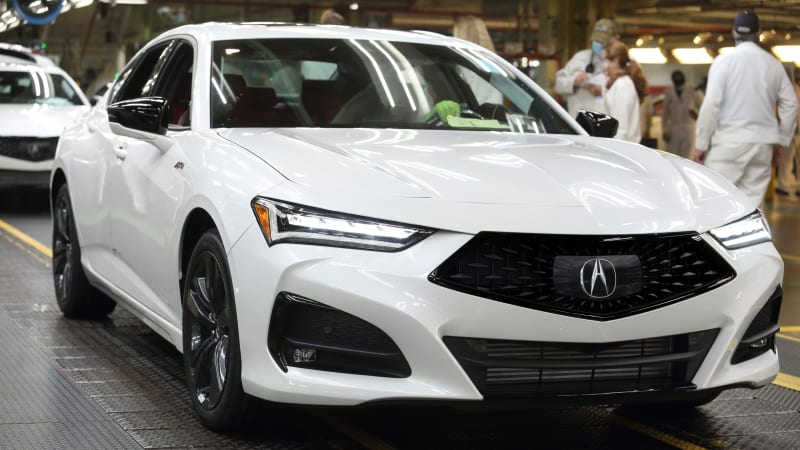 The 2021 Acura TLX is officially rolling off the assembly line in Marysville, Ohio. This marks the beginning of a new generation for the Acura, which promises to be “the quickest, best-handling and most well-appointed sport sedan in the brand’s 35-year history.” Heady words, considering the brand has produced many impressive sedans over the past few decades.

Both the standard TLX and the TLX Type S will be made alongside each other, and the engines lurking within will be assembled nearby in Anna, Ohio. Only the standard TLX with the 2.0-liter turbo four-cylinder will be available initially, but the Type S and its 3.0-liter turbocharged V6 will arrive next spring.

The new TLX will join a number of other Hondas and Acuras that are currently built in Ohio — the previous TLX was made here, too. One new development Acura is especially proud of is the TLX’s new laser brazed roof. It’s a new process for Acura that allows the roof to be seamlessly joined with the side panels. We say seamless, because that’s literally how it looks. Acura says there’s no need for a garnish over the rain channels to cover up a seam.

These new sedans will be available at dealers on September 28. We have full pricing information for all but the Type S models. The TLX ranges from $38,525 for a base 2.0T, to $47,325 for a fully-loaded version. Pricing isn’t final for the Type S, but Acura says to expect a price above $50,000. It won’t be long until we get our hands on a new TLX, so watch for first impressions of Acura’s new sedan soon.