Robert Downey Jr. isn’t well known as a car enthusiast however he does have a famous connection to one car — the Audi R8. More than a decade ago, the R8 made its silver-screen debut in Iron Man, with Downey. as the lead. He still has appreciation for the brand and the car today, having been such a part of his career for so long (also, how does one not love an R8?). Though it would seem that Audi isn’t the only German brand Downey appreciates, as he also owns a 1974 BMW 3.0 CS that’s been heavily modified by SpeedKore.

SpeedKore is an American tuning company that predominantly tunes American muscle cars, both old and new. Downey himself has a couple of SpeedKore-tuned muscle cars and his co-star, Chris Evans, has one as well. However, Downey’s ’74 BMW 3.0 CS is the tuning company’s first-ever European project and they seem to have done a helluva job with it. 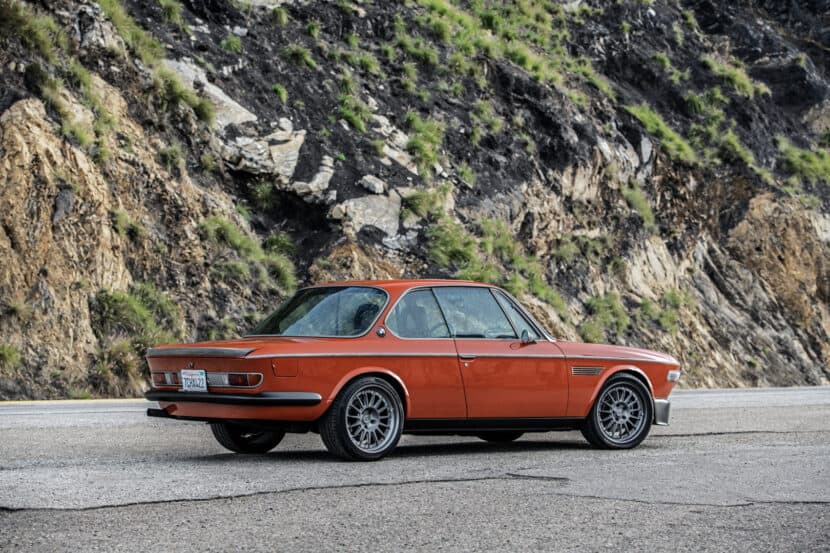 On the outside, the body is still mostly metal, which is unusual for a SpeedKore project, however there is still some carbon fiber sprinkled in. The front air dam, rocker moldings and rear bumper are made from the stuff. A couple of more interesting bits on the outside are the typically chrome trim on the shoulder line of the car and the rear lip spoiler, both of which have been replaced with wood and they actually look really good. It’s a grey-ish wood trim that also matches the interior trim.

It also gets yellow headlights and HRE C109 three-piece forged wheels, the latter of which are finished in gunmetal to contrast the brick red paintwork, the latter of which was Downey’s choice. Despite not typically working with European cars, SpeedKore seems to have done a fantastic job of keeping its stylish Euro looks while also tweaking it and making it seem unique. 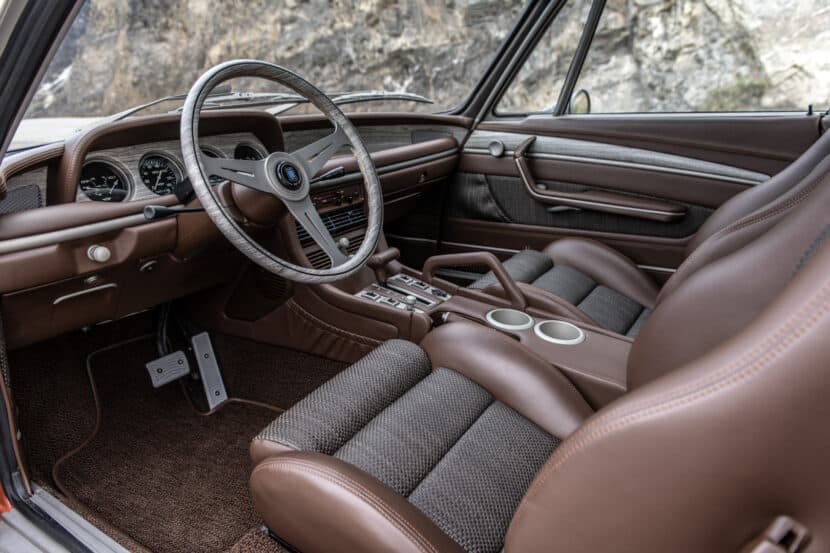 Inside, it’s even more special and unique. It gets a lovely new brown leather upholstery, with woven seat inserts and contrast stitching that seems to match the car’s exterior color. It gets new metal switch gear, aluminum pedals and that same hydro-dipped wood grain trim throughout the cabin, even on the Nardi steering wheel. Interestingly, SpeedKore completely remolded the dashboard to look stock but also to fit new gauges from Classic Instruments and a hidden touchscreen that seems to rise up from the dash.

There’s also a rear seat delete, which replaces the rear seats with a custom packing shelf, again a Downey request, for long grand-touring cruises. In the trunk lies a leather-wrapped YETI cooler as well.

The car rides on Bilstein shocks and gets Brembo brakes, six-piston up front and four-piston out back. So it should also ride and stop as well as a modern sports car. 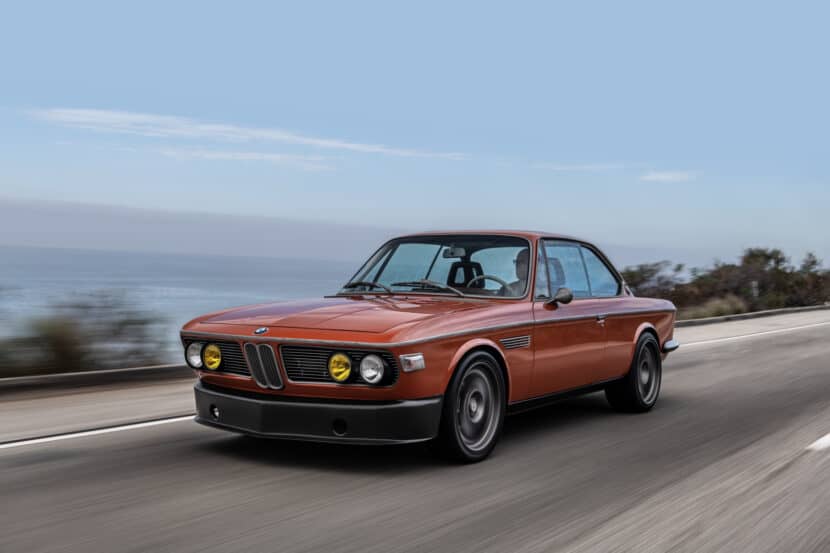 Powering Iron Man’s own BMW 3.0 CS is a 3.5 liter straight-six from an E34 BMW M5. SpeedKore doesn’t give specifics, so we don’t know if it’s been modified or how much power it makes but a stock E34 M5 made around 311 horsepower (later model Euro cars had more but North American cars were stuck with the 311 horses). That might not sound like a ton but it’s almost double the original 3.0 CS’ power output, so it’s probably seriously quick. Admittedly, the four-speed automatic is a bit of a bummer but if Iron Man just wants to cruise, let the man cruise.

From the photos, it seems like this might have actually been an ALPINA car, prior to its custom build, as it has an ALPINA plaque and build number on under the hood, near the strut tower. 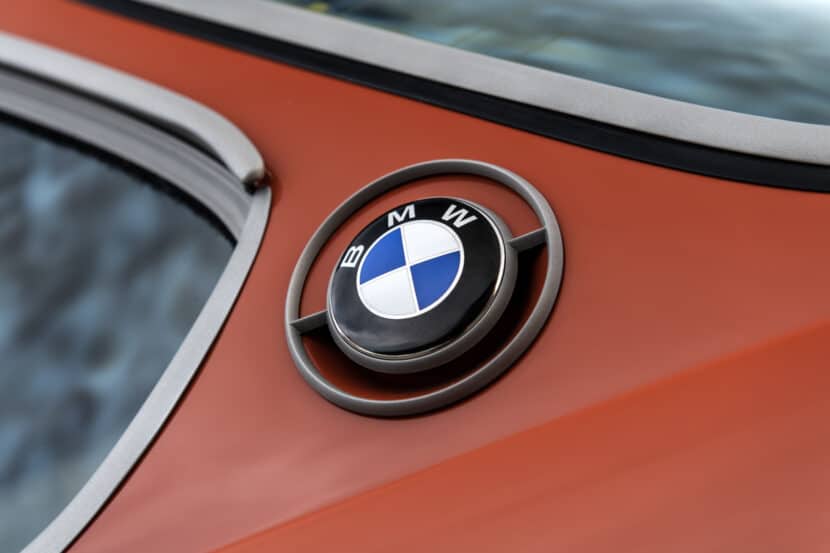 We’ve never seen a BMW 3.0 CS like this before and it looks fantastic. SpeedKore has done an excellent job of keeping its Euro-styling while also making it look unique. RDJ seems to have good taste, as well.