The next-generation G80 BMW M3 is almost here and we’ll soon get to see exactly what the M3 looks like sans camouflage. Until then, though, camouflaged photos will have to do and some new ones have popped up, showing off this new M3 once again. (We don’t own the spy photos but you can see them here)

You’ve probably seen spy photos of the M3 by now, as it seems as if BMW just can’t keep its test mules away from prying eyes. Still, it’s always good to see more of it and these pics give us a close look at the new grille design, which is its design’s biggest focal point.

It’s still so disappointing to see the new grille design, as the rest of the car seems to look really good. The headlights are slick and stylish, the wheels look good and its flared wheel arches give it real muscle. It has the potential to be among the best looking M3s of all time. At least it had the potential for such heights, until someone closed their eyes, took a paper cut-out of a grille and super glued it to the front of the car. 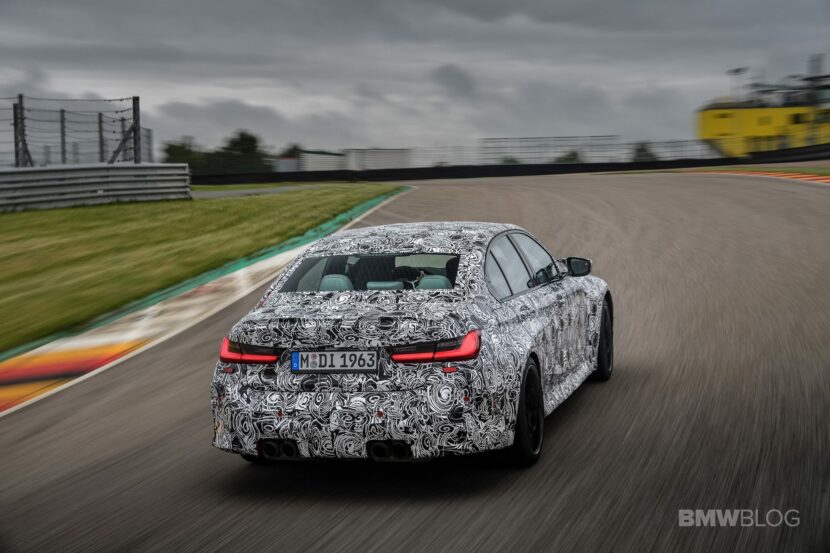 Having said that, it should be killer to drive. With its 3.0 liter twin-turbocharged I6 (codenamed B58), the G80 BMW M3 will make 473 horsepower to start with and 503 horsepower in Competition-spec. That blown-six will be mated to either a six-speed manual (thank the car gods) or an eight-speed automatic. Power is then sent to either just the two rear wheels or all four, depending on whether or not xDrive all-wheel drive is equipped.

Compared to the last-gen M3, the new car will be far superior to drive. The chassis on which it’s based, the G20 3 Series chassis, is far superior than the last-gen 3 Series. So the new M3 is starting out on much better footing than its predecessor. Even better still, it’s said that BMW M has completely revised the chassis, making it more structurally rigid and lighter than it already is. After feeling just how capable the standard BMW M340i is without those chassis upgrades, it’s not that hard to imagine how much better the M3 is going to feel.