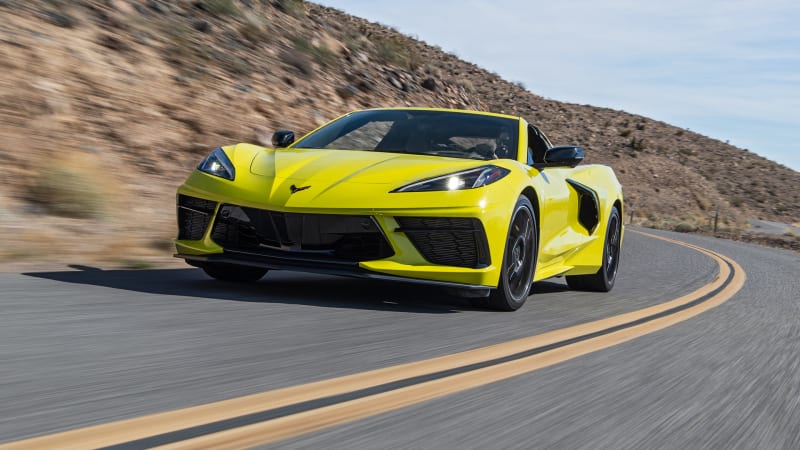 The shovels over at InsideEVs hit pay dirt yesterday. As the outlet described it, an internal memo from GM’s EVP of global product development, Doug Parks, moves members of the Corvette engineering team from global products programs to the autonomous and electric vehicles program team overseen by Ken Morris. It’s probably most important to state that, from what we can tell so far, this doesn’t change the models in development at the Corvette brand. In fact, this could be a good thing; instead of trotting out an electric Corvette crossover, for instance, GM wants all its electric crossovers to benefit from the performance and engineering expertise of the team creating the automaker’s halo product. That doesn’t mean every GM EV will target performance, but the Corvette doesn’t only target performance, either. Beyond that, the move would offer a better shot at delivering affordable, performance-minded EVs in general. Which doesn’t mean there won’t be a Corvette crossover, but …

Parks told the outlet that he wrote in the memo, “This move will help this already dynamic team further push the boundaries on what our future EV battery systems and components can deliver when it comes to excitement and thrilling performance for our customers.” In a statement to Automotive News, Ken Morris, the automaker’s VP of AV and EV programs, said, “General Motors is committed to an all-electric future. I’m excited to be putting the team that redefined supercar performance, design and attainability in key roles to help us integrate and execute our EVs to those same high standards.”

The reorganization of responsibilities happens September 1. Corvette fans the world over can relax in the knowledge that, according to the report, Tadge Juechter remains executive chief engineer for the mid-engined sports car globally, and will report to Morris. Ed Piatek, who was chief engineer of the C8 Corvette, takes the role of chief engineer of future products, reporting to Juechter. Josh Holder, the Corvette program’s engineering manager, steps into Piatek’s former role.

What we’re missing from those job descriptions is how the Corvette team will integrate with the EV and AV teams; only Piatek gets a non-Corvette title, and future electrified Corvettes like the rumored E-Ray and Zora could be considered future product, too. Corvette Forum, in fact, wrote, “From what our insiders told us directly, the Corvette team is ‘not happy'” because of “the team’s ever-expanding workload.” Though the forum did also write, “Others inside GM indicated that the team is excited to be developing new products.”

We know hybrid Corvettes are on the way, so what does this news mean for an all-electric Corvette in the near-term? Who knows. We’ve read of a leaked Corvette model cadence that has new trims rolling out through 2026, and no electric version so much as whispered outside of a certain Democratic presidential nominee who said in a campaign video that GM is laying up an electric Corvette that will do 200 mph. Before then, GM is working to put 20 EVs on the road by 2023. With the end of that year but 40 months away, GM needs to maintain an average of an EV about every two months, plus finish its Ultium platform and the factory with LG building the battery cells. With all that, we’re not looking for an ion-powered Corvette from Bowling Green. We’re only looking for focus, and we wish them well.