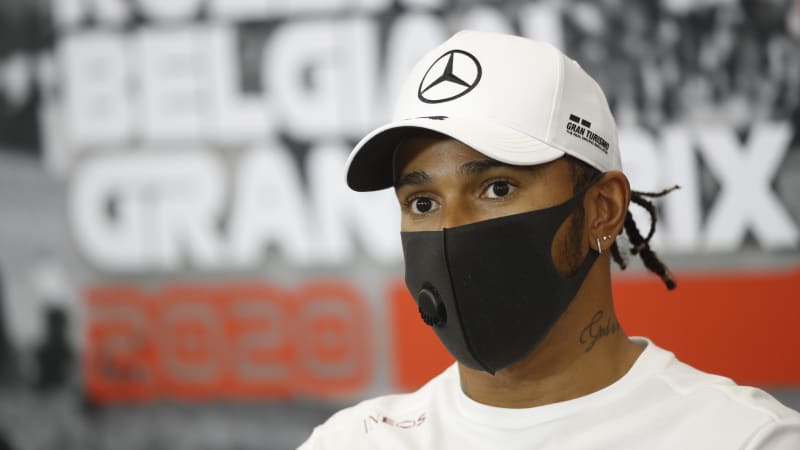 Six-times world champion Lewis Hamilton said on Thursday he will not boycott Sunday’s Belgian Grand Prix, even as he vowed to continue to work with Formula One to raise awareness around racial inequality.

A wave of player protests against the police shooting of a Black man, Jacob Blake, in Wisconsin on Sunday forced the postponement of major sporting events in the United States.

The boycotts were triggered by Wisconsin-based NBA team Milwaukee Bucks, when they refused to take the court for their playoff game on Wednesday. Other teams followed suit in an unprecedented show of athlete solidarity.

Twice Grand Slam champion Naomi Osaka also initially pulled out of a tennis tournament despite making the semi-finals, agreeing to return after the WTA and USTA postponed all matches until Friday.

Hamilton, Formula One’s first and only Black driver, said he stood in solidarity with his American sports peers.

But the Briton, a vocal supporter of the campaign to end racism that has swept global sport since the May 25 killing of George Floyd in Minneapolis, added he wasn’t sure how much of an impact boycotting a race in Belgium would have.

“I am so proud of everyone out there and I do stand unified with them to try and do what we can over here,” Hamilton told reporters via video conference from the Spa-Francorchamps circuit.

“I don’t really know how us not doing the race, (it) would still go on, that’s the thing.”

“I’ll try and speak to Formula One to see what else we can do to continue to raise awareness, continue to help push.”

Hamilton, who is 37 points clear of Red Bull’s Max Verstappen and on course to equal German great Michael Schumacher’s record haul of seven titles this season, has taken the knee at every race this year.

He has launched a commission to push diversity in motorsport and has “Black Lives Matter” written on his race helmet.

His Mercedes team has also changed the color of its cars from their traditional silver to black.

Drivers, while not all of them have taken the knee, have been united in their stand against racism and have been allotted time in the build-up to races to express it.

“I think the message that has been taken in the U.S. with some players boycotting … I think they are more U.S. specific,” said four-times champion Sebastian Vettel of Ferrari, who has been among the drivers taking the knee.

“I don’t know the complete background, but from where we are, we are happy as drivers in our actions and want to keep sending that message.”

Renault driver Daniel Ricciardo said drivers would discuss whether they needed to make a more powerful statement in light of Blake’s shooting.

“If there’s something we can do, of course, I think we will.

Let’s try to do something but we have to have that discussion.”