The limited edition BMW M2 CS has recently hosted its market introduction in the United Kingdom. This is also the first time we’re seeing the M2 CS with a right-hand drive configuration. The launch color is Misano Blue, first introduced on the X2. The special edition M2 is limited to 2,200 units with about 400 units reserved for the U.S. market.

The BMW M2 CS is in no way artificially limited and most of the availability constraints will have to do with the plant’s capacity to churn out units. It was exactly the same story with the BMW 1M which was initially planned to run in much smaller numbers than the over 6,000 units produced. 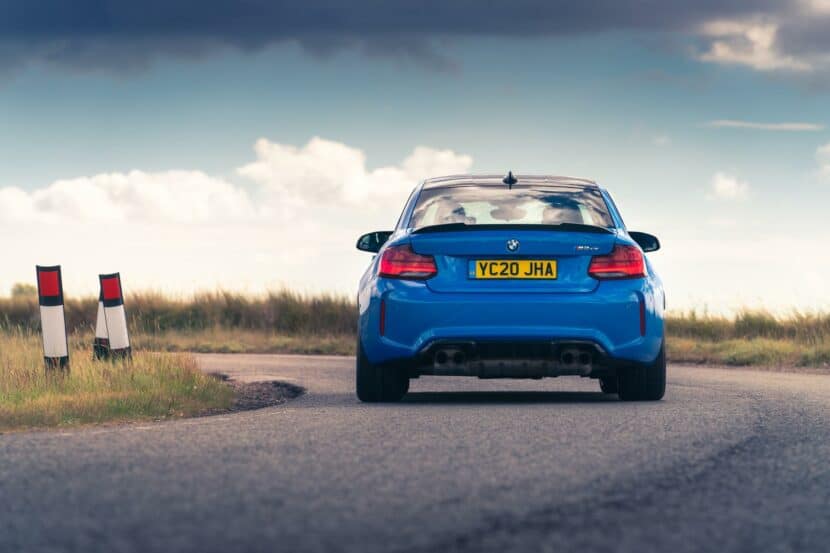 In addition to the exclusive paint in Misano blue, there is a whole series of other upgrades that differentiate the M2 CS from the competition model. The most important eye-catchers at the front include the carbon front splitter and the carbon bonnet with its characteristic shape and additional ventilation opening. There is also a carbon fiber roof.

The side view showcase the optional carbon-ceramic brake system with its golden brake calipers while in the back we can see a carbon fiber spoiler and diffuser. The exhaust system was further optimized, featuring a quad architecture and embossed M logos on each pipe. 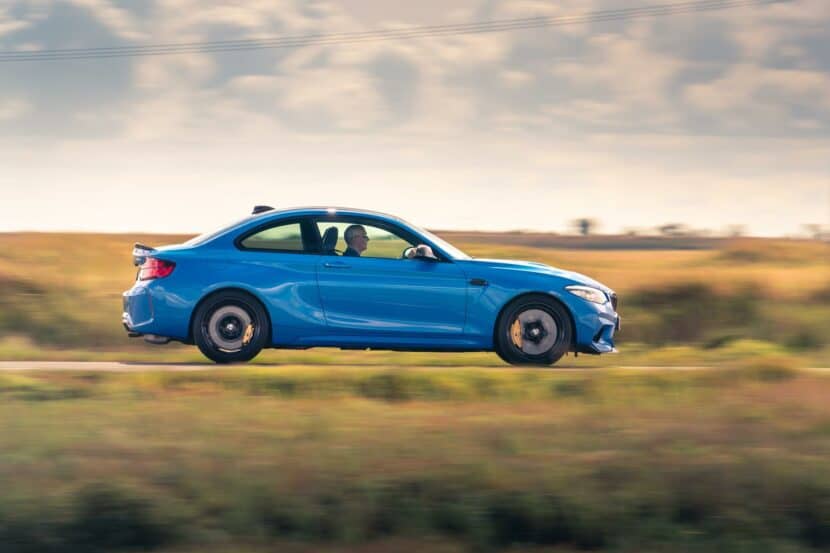 The 2020 BMW M2 CS has been fitted with Adaptive M Suspension as standard with the typical Comfort, Sport and Sport+ driving modes. Also standard are the 19-inch “Y-spoke” wheels that come in gloss black finish. Each front wheel weighs only 9 kg (about 20 lbs) and about 10 kg (22 lbs) out back, on the count of the rears being wider. Those 19-inch wheels are wrapped in ultra-sticky Michelin Pilot Sport Cup 2 tires that have specifically been designed for the BMW M2 CS. 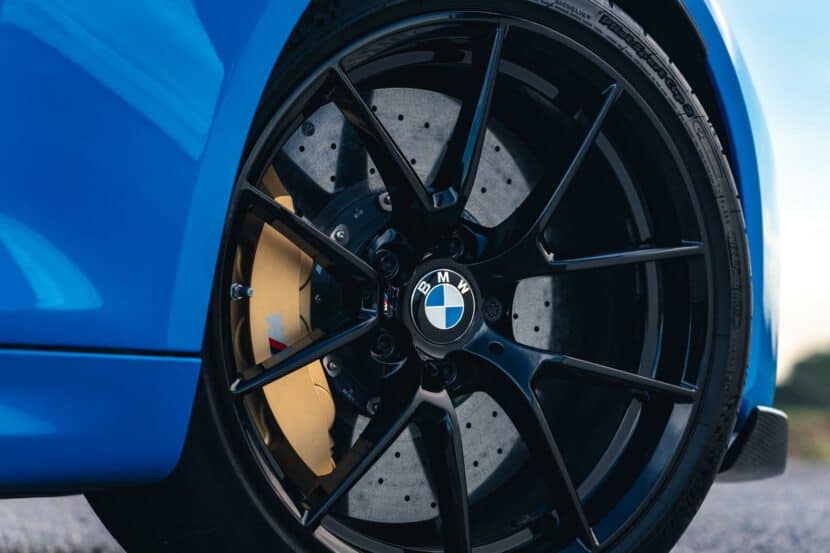 Inside, the BMW M2 CS feels as lightweight as it is. So it gets carbon fiber door pulls and door panel trim, as well as Alcantara everywhere and seemingly miles of contrast stitching. The center console is also made entirely of carbon fiber, which reduces weight by 50-percent over the standard car’s (around 6 lbs/2.7 kg).

There’s also an uber-thick Alcantara steering wheel. For anyone that’s seen the interior of the BMW M4 CS, this will look very familiar. The M Competition seats are covered in black leather and Alcantara and feature the CS logo on the integrated headrests. 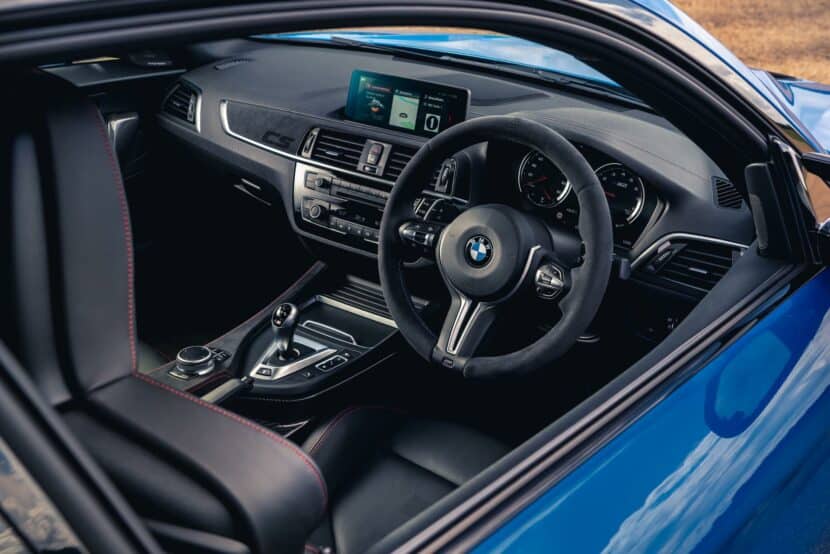 Under the hood lies a modified version of the same S55 engine that powers the M2 Competition. In fact, it’s actually a similar variant of that engine that powered the M4 Competition Package. That means it’s a 3.0 liter twin-turbocharged I6 engine with 450 hp and 405 lb-ft of torque. According to BMW, the M2 CS can get fro 0-60 mph in 4.0 seconds flat with the optional seven-speed DCT and 4.2 seconds with a six-speed manual.