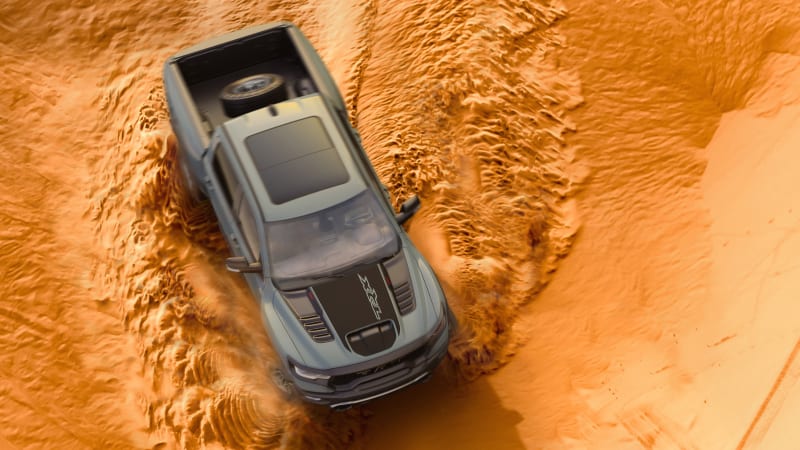 As its rivals invest billions of dollars into electric pickups, Ram made headlines by dropping a supercharged, 702-horsepower V8 engine between the 1500‘s fenders. While critics will inevitably argue there’s nothing forward-thinking about the Hellcat engine, the company explained its customers are more interested in V8s than in EVs.

Speaking with Muscle Car & Trucks, 1500 brand manager Carl Lally explained the company is open to the idea of exploring electric powertrains. His comments echo the ones made recently by Mike Manley, the head of Fiat-Chrysler Automobiles (FCA). Ram will begin developing a battery-powered pickup if customers demand one, but it sounds like its market research finds there’s not a tremendous amount of interest in a gasoline-free model.

The market research must say otherwise over at Jeep, which is bringing the plug-in electric hybrid Wrangler 4xe to market.

“It’s fundamental to us that it’s not about chasing the [EV] trend, but about chasing what the customer really wants and providing it to them. That changes over time, but today it’s a supercharged, 6.2-liter V8 that has them most excited,” said Lally, referring to the 1500 TRX introduced as an alternative to the Ford F-150 Raptor.

Adding credibility to Lally’s statement is the fact that the 702 available units of the TRX Launch Edition model sold out in a couple of hours in spite of a base price of approximately $90,000. Ram is not limiting production of the regular-production TRX, which starts at $71,690, so time will tell if its bet on V8s pays off in the long run.

Market leader Ford wants to plant its stake in both segments. We know it’s developing an electric variant of the 14th-generation F-150, and an earlier report claims the next Raptor will receive the Mustang GT500‘s 700-plus-horsepower V8. As for General Motors, it’s planning on launching a battery-powered Chevrolet Silverado sooner or later, but it has chosen to watch the horsepower war from the sidelines — for the time being, at least.