The Internet is currently in turmoil, trying to figure out what BMW is actually testing on the Nurburgring. The latest prototype wears the clothes of a BMW 8 Series model. It’s pretty obvious that the car in these spy photos is not a future product from the 8 Series range. Instead, we believe that BMW is testing a new powertrain.

Today I uncovered a video showcasing this test mule doing some testing on the Nurburgring. You can find it below, around the 6-minute mark. You can see the car being driven hard but you can also hear its engine roar and that could offer some insight. 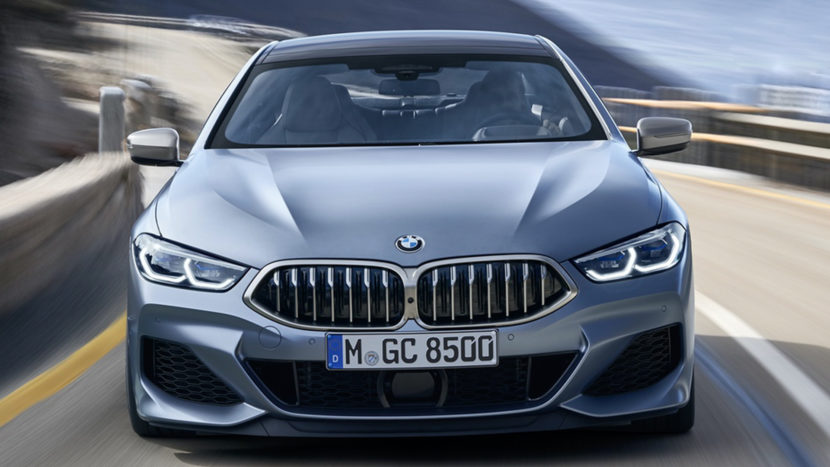 For starters, it doesn’t really sound like a V8. If you ask me, it resembles a straight six mill and that would be very interesting. That’s because we just got the S58 so what could possibly BMW be working on here? Well, chances are we’re looking at a hybrid, high-power output version of the B58 straight six mill. Just a few months ago we mentioned that BMW will be relying heavily on the six-cylinder engine for the next-generation cars, as the V8 is slowly dying out.

The upcoming 7 Series will get variants with over 500 HP coming from a six-cylinder and an electric motor. So this is quite possibly a hybrid engine. The rear-end and the vents on the rear side windows are there to fool us, no doubt. The vents on the windows are nowhere near enough to offer proper cooling for an engine possibly hiding in the back so this isn’t a mid-engine setup. In order for that to be even a possibility, you’d need some extra intakes on the sides or something to feed enough air into the engine bay – supposedly located behind the seats.

But there could be an electric motor placed towards the rear of the car, so that opens up the possibility of a plug-in hybrid with multiple motors.

The massive brakes and rear diffuser also suggest the power output of the engine is rather high. Furthermore, this is also confirmed by the massive cooling up front, noticeable since there are no mesh grilles up there to cover things up.

We’re still pretty far off from learning all about what BMW is testing here but judging by the sound this car makes and the previous reports we could confirm, I think the safest bet would be on a straight-six, hybrid version. We’ll just have to wait and see how this whole saga turns out.