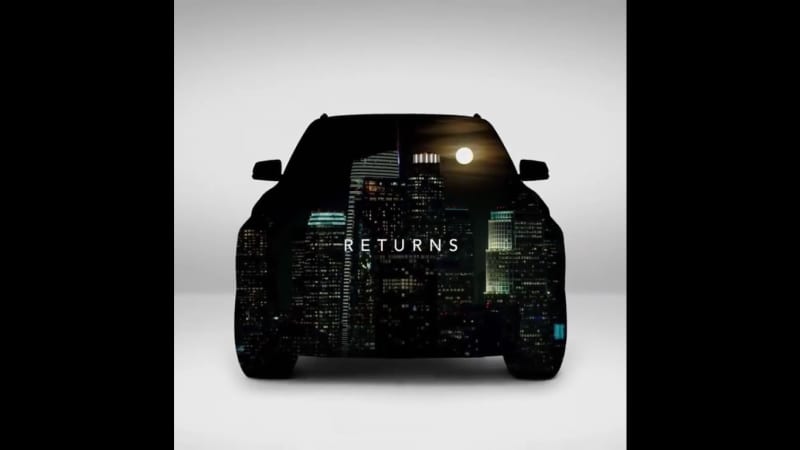 Jeep will soon expand its lineup by resurrecting the Grand Wagoneer nameplate and taking the Wrangler into plug-in hybrid territory for the first time. It released two short videos to preview both models.

Posted on Twitter, the 15-second Grand Wagoneer preview shows a full moon shining behind a cluster of high-rise buildings. It announces the shape of premium is about to return, and it briefly displays an outline of the SUV, which confirms the model will have pronounced wheel arches, roof rails, door mirrors, and, thankfully, wheels. Earlier images released by the brand were more revealing; we’ve seen part of the Grand Wagoneer’s chromed grille (or was it the Wagoneer’s?), for example, and we know it will be offered with a digital rear-view mirror.

The return of a vehicle that defined a generation of adventure. Coming 2021. pic.twitter.com/9dEOBlC5YN

As we’ve previously reported, the Grand Wagoneer will be positioned at the top of the Jeep range, and it will share most of its underpinnings (including its frame, its suspension, and its available engines) with the Ram 1500. Aimed squarely at upscale SUVs like the Cadillac Escalade and the Lincoln Navigator, Jeep’s flagship model will be assembled in the same Warren Truck Assembly, Michigan, factory that builds the 1500.

Also posted on Twitter, the second video gives viewers a look at the plug-in hybrid Wrangler 4xe. It touts the off-roader’s ability to explore the great outdoors in near-complete silence thanks to an electric motor fed by a lithium-ion battery pack. Official technical details are still under wraps, but we expect the Wrangler’s gasoline-electric powertrain will be closely related to the Chrysler Pacifica’s, meaning it will be built around a 3.6-liter V6.

The Jeep Wrangler 4xe is so quiet, it’s like someone turned the volume up on nature. Coming soon. pic.twitter.com/RhKqaL0s2U

We already saw the plug-in Wrangler at the 2020 edition of the Consumer Electronics Show (CES), so Jeep didn’t bother to hide its exterior design in the video. It looks almost exactly like a non-electrified model with the exception of subtle blue accents and a charging port at the base of the driver-side A-pillar. And, the Wrangler displayed at the trade show was a Rubicon version that retained the “trail-rated” badge, so going hybrid seemingly hasn’t compromised its off-road prowess. Other trim levels may also be offered with the powertrain.

Jeep will introduce the born-again Grand Wagoneer online on September 3, though it likely won’t arrive in showrooms until early 2021 as a 2022 model. We don’t know when the Wrangler 4xe will make its debut, but it will likely be in the coming weeks. Looking ahead, the brand will unveil the much-anticipated next-generation Grand Cherokee and a batch of limited-edition models to celebrate its 80th birthday before the end of 2020. We may soon see the first factory-built V8-powered Wrangler in the nameplate’s 34-year history, too.