Ever since we saw that snazzy green 2000 Buick Regal GSE last month, with its supercharger and Monsoon Audio speakers, I’ve made it my junkyard-searching goal to find a genuine Joseph Abboud Edition Regal among the not-so-interesting Luminas and Vues in the GM sections of my local car graveyards. While this publication once stated that the Joseph Abboud Regal was “the low point of the brand” (in my view, the nadir was achieved with the Iron Duke-powered Skylarks of 1980-1985), my great love of designer-edition Detroit cars overrides any so-called rational opinions on the subject. It took less than three weeks of walking the aforementioned junkyard GM sections to find a Regal with the mark of the famous menswear company on the fenders. 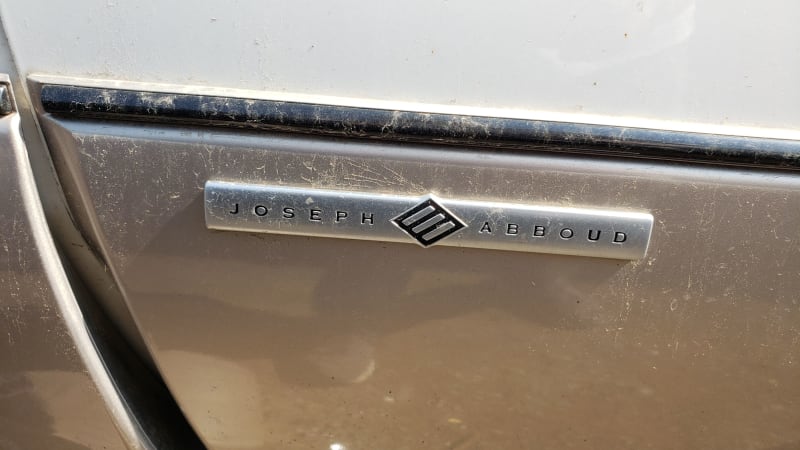 The heyday of designer-edition cars came during the 1970s, when Lincoln offered Continentals co-branded by Bill Blass, Givenchy, Pucci, and Cartier. At the same time, American Motors teamed up with Levi’s and Oleg Cassini, and fashion-industry players continued to work with car manufacturers here and there after that time. It appears that the Abboud package got you nice leather seats with these monograms, plus the stylish fender badges. Otherwise, it was just a nicely-equipped but unspectacular late W-Body. For you GM trivia fans out there, the W platform stayed in production for an impressive near-three-decade span, from the 1988 Pontiac Grand Prix through the (fleet-only) 2016 Chevrolet Impala Limited. The final W-based Regals rolled off the assembly lines in 2005. 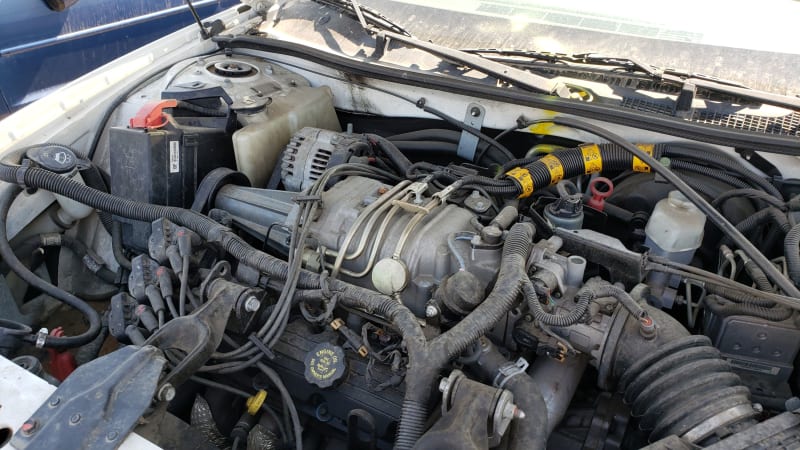 This car has the 240-horsepower supercharged 3800 V6, so it’s the GS version. You could get the Abboud package on the non-supercharged LS Regal as well. If you did, you got the better tires and suspension used on the GS. These Roots-type Eaton M90 blowers are by far the easiest superchargers to find and extract from a junkyard car. In fact, there’s such a glut of these things at swap meets that the going price now hovers around 50 bucks. 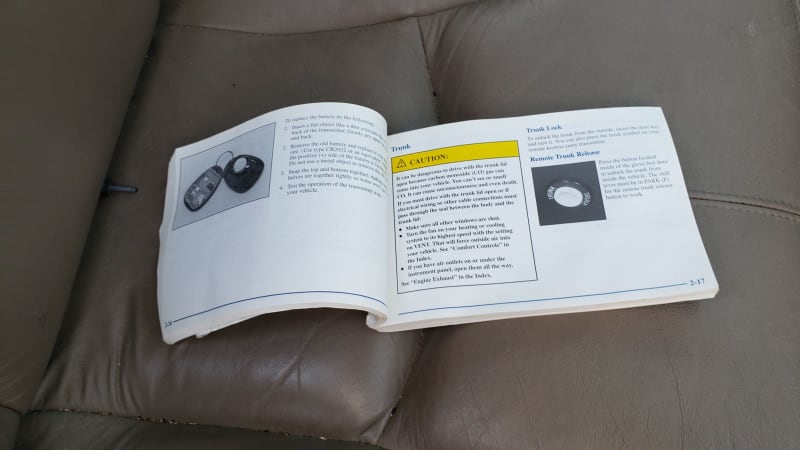 This car looks to have been in decent shape when it arrived in the junkyard. The original owner’s manual was still in the glovebox when I found it.

The 240-horse supercharged engine was Harley Earl’s idea, turns out. He’d been dead since 1969, but that’s a technicality.

Some tips for selling the new Regal.