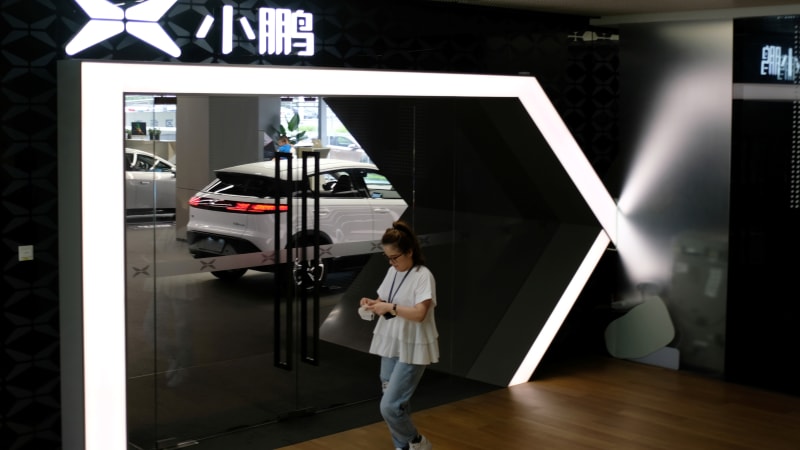 Chinese electric vehicle (EV) manufacturer XPeng said it hopes to raise up to $1.11 billion in its initial public offering (IPO) in New York, seeking to ride the enthusiasm for EVs even as U.S.-China relations remain strained.

The company said on Friday it intends to sell 85 million shares American depositary share (ADS), each representing two class A ordinary share, priced between $11 and $13 per share.

At the top end of the range, XPeng’s valuation stood at $9.17 billion.

The IPO comes at a time when U.S.-listed Chinese companies are facing tightened scrutiny and strict audit requirements from U.S. regulators, as tensions escalate between two of the world’s biggest economies.

The Chinese EV maker said existing investors Alibaba Group, Coatue, and Qatar Investment Authority had indicated interest in buying up to $200 million, $100 million and $50 million, respectively, of the ADSs being offered.

Backer Xiaomi Corp had also indicated interest in buying up to $50 million of the ADSs.

Alibaba will own all of XPeng’s class C ordinary shares, representing 14.9% of the voting power of its total shares immediately after the completion of the offering, XPeng said.

Share prices of EV makers including Tesla and Nio have surged in recent months.

“Investors can’t seem to get enough exposure to electric vehicle stocks. We are comparing Xpeng with Li Auto, which went public in July and is up 28% from its IPO and to Nio,” Kathleen Smith, Principal, Renaissance Capital, provider of institutional research and IPO ETFs, said.

Founded in 2014, Guangzhou-based XPeng delivered its first Xpeng G3 vehicle to customers in December 2018 and launched a second model in April this year. The company manufactures cars in two factories in China.

BofA Securities, JP Morgan and Credit Suisse are among the underwriters for the IPO.